Three activists super glued themselves to the glass doors of the Shell Building and two scaled the glass awning in protest against the oil companys continued exploitation of fossil fuels, 15th April 2019, Central London, United Kingdom. Katarina Hasapopoulos discusses with a Shell emplyee. A number of arrests were made. The environmental protest group Extinction Rebellion has called for civil disobedience and peaceful protest to force the British government to take drastic action on climate change. The group wants the governenmet to tell the truth and admit that the impact of climate change is much more severe than they say and that action to mitigate catastrophic climate change is urgent. 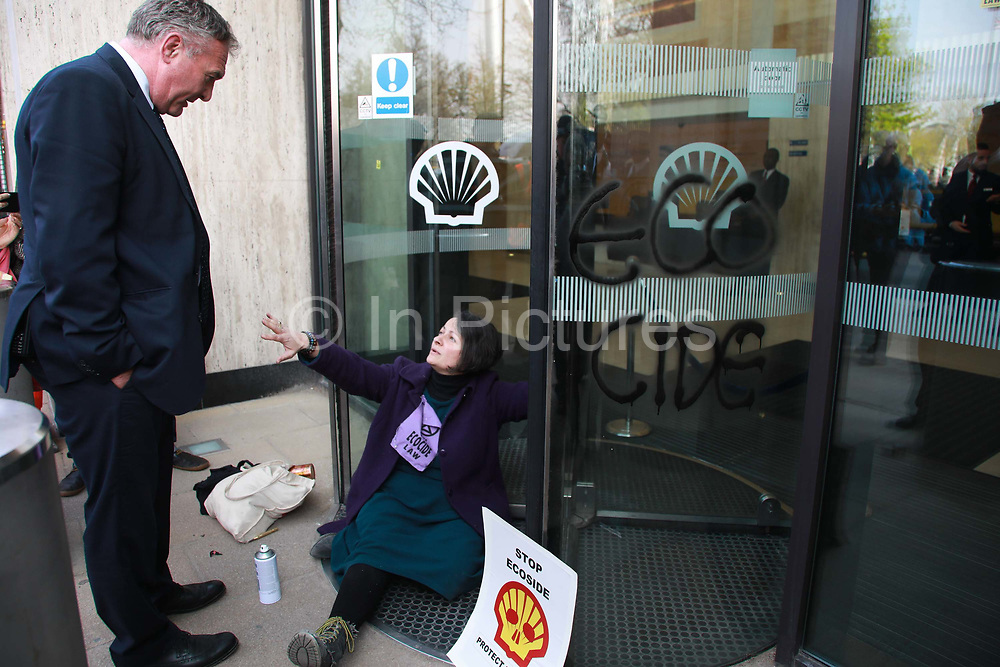