A road sign bearing the image of the founder of Letchworth Garden City, Ebenezer Howard
In 1898 Ebenezer Howard published his book "Tomorrow: A Peaceful Path to Reform" (later "Garden Cities of Tomorrow") founding the Garden Cities Association. His plan was to create a new, planned settlement that combined the best of town and country - the first of which became Letchworth Garden City in 1903, laid out by architects Barry Parker and Raymond Unwin. It was followed in 1920 by a second garden city at Welwyn. The movement inspired Garden Cities in Europe and currently has been revived as a potential solution to Britain's housing crisis 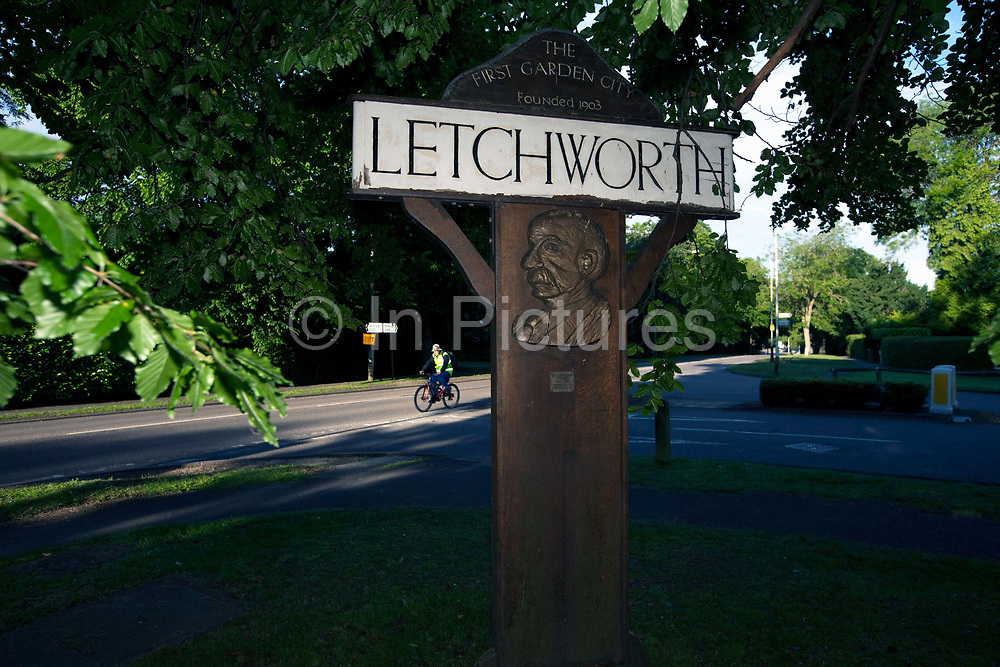