Santeria is more popular than ever before and still growing. Because it was always underground, Castro's ban on religion during the second half of the 20th Century had little effect, and in many cases the Santeros continued as before. Santeria is a syncretic religion practiced in Cuba, it is a mixture of Yoruba tribal practices brought from Nigeria during Colonial times, and traditional Catholic beliefs. During this time, the slaves used the images of saints to cover up their worship of the Orishas (spirits). 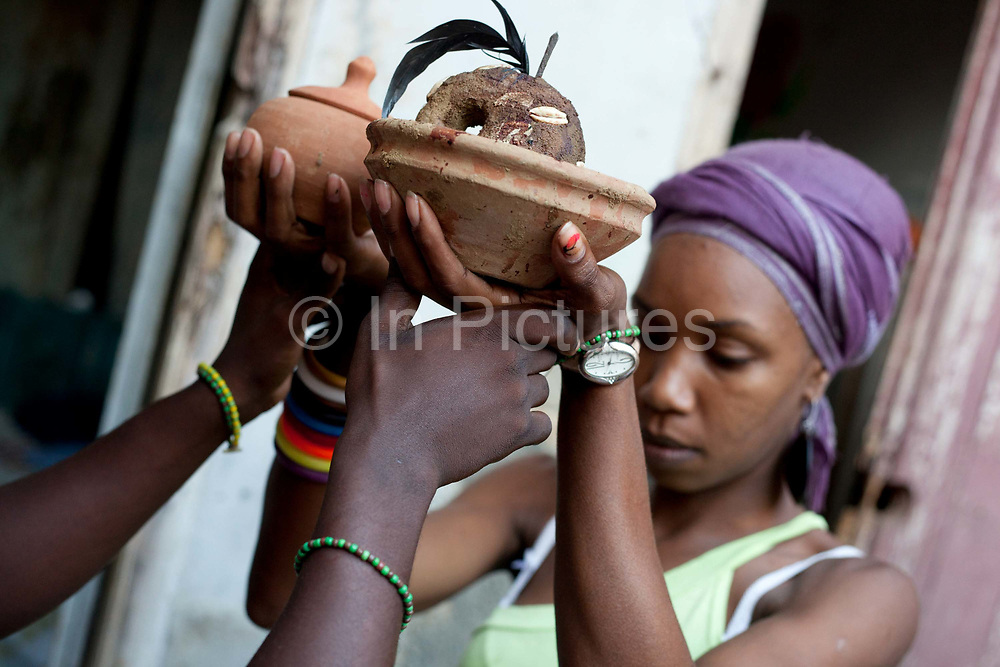