One of the main problems for the police force, is overcoming corruption. Just before this photograph was taken a man pulled over and handed six rolls of toilet paper to the commander. The police hadn’t been paid for two months, so from the very smallest amounts to much larger sums, corruption is a way of getting by.

Experienced fixer, Zia Haidary elaborates: “If he had not been paid for two months, why is he still doing his job? He was fooling around, doing nothing then stopping people and cashing in on the bribes. My neighbour was arrested, he is a drug dealer. The police found 6kg of heroin and an AK47 in his house. The next day he is out of police custody - How? It is corrupt. The police here are uneducated boys who cannot find work. If you ask them to write their name, they can’t do it –they’re just really good at shooting.” 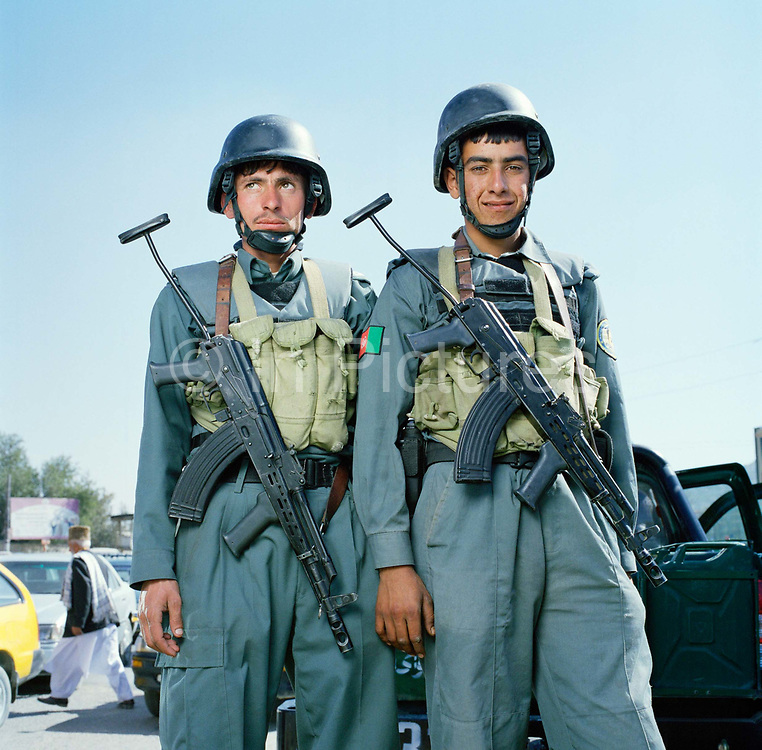