Workmen carry out the reinstallation of ‘Out of Tune’ by AK Dolven with a cherry picker and a crane on the 21st of May 2020 on the seafront in Folkestone, United Kingdom. This sound installation was originally part of the Folkestone Triennial Art festival of 2011. A K Dolven’s installation ‘Out of Tune’ features a sixteenth century tenor bell from Scraptoft Church in Leicestershire, which had been removed for not being in tune with the others. It is suspended from a steel cable strung between two 20m high steel beams, placed 30m apart. The bell was cast by Hugh Watts in the seventeenth century in Leicester. The Watts family were the leading bell founders in that city in the early 17th century. In all, they were responsible for almost two hundred castings for churches in the county. Hugh Watts prospered and was the Mayor of Leicester when King Charles 1st visited the city in 1634. 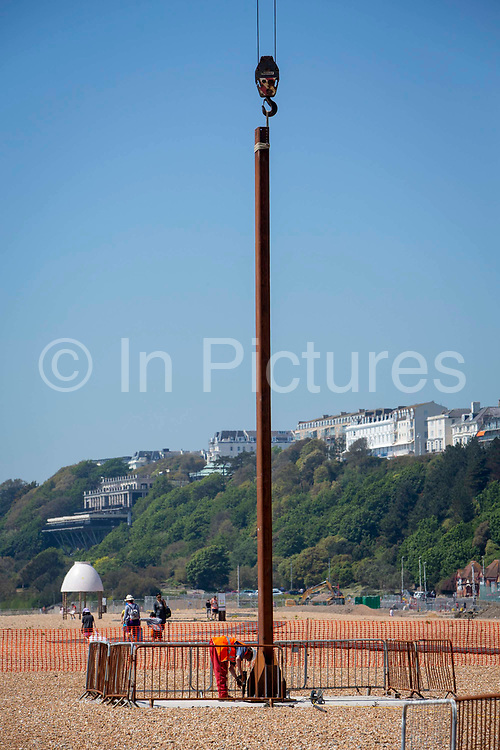