Protester in a Tony Blair mask with blood dripping from his mouth and chin with a sign saying "Take me to The Hague" alluding that Blair is guilty of war crimes. Protest in central London to mark 10 years of the conflict in Afghanistan. Musicians, actors, film-makers and MPs are joining protesters for the Anti-war Mass Assembly in Trafalgar Square. The Stop The War Coalition said up to 5,000 people were at the protest but a BBC correspondent estimated there were about 1,000 people in the square. The coalition says opinion polls show most British people want a "speedy withdrawal" of UK forces. The demo brought together people from many groups in solidarity. 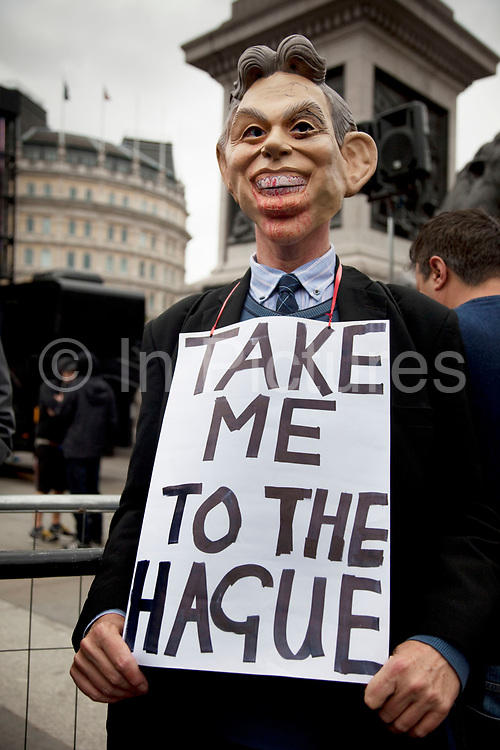