A giant billboard ad for the use of iPhones seen on the side of a central London building, juxtaposed with bus advertising and a WW1 memorial soldier of the Royal Fusiliers. The two buses are stopped in traffic on the road, one with the advertising of yet another Hollywood action film opening soon. The huge image on the side of the building is in the City of London and features a young woman standing on a mountain top looking out across the clouds at altitude. The Infrantryman stands at rest on the top of the memorial, a reminder of lost youth and possibilities from an era of sacrifice before consumerism a hundred years later. 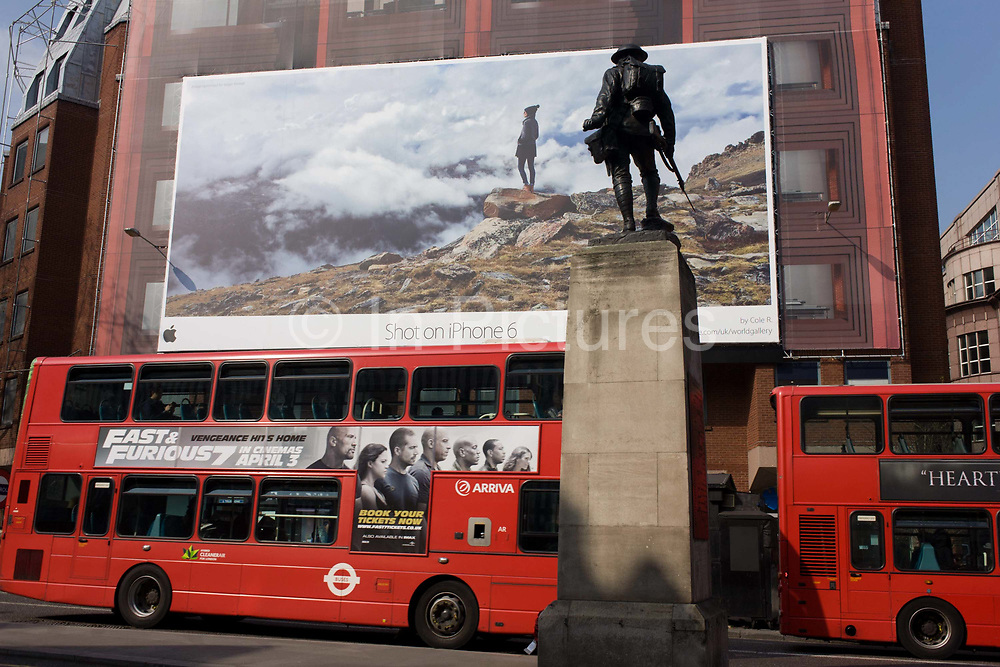