Madoon Ghaffur, 22, is single and works as a singer and actress in the dubbing studio at Ariana Television. Ariana has an ambitious broadcasting schedule showing several Indian dramas which are contrary to conservative popular opinion. Despite concerns from Parliament - which has banned the airing of soaps - and threats of violence from the Taliban, the company and its main rival Tolo TV, are aggressive in their airing of shows all of which have massive public appeal.


Currently, Madoon is translating the Indian soap “Zaara” into the local Afghan language Dari. She also dubs “Dolhan” an Indian soap and is a well-known singer. Madoon is a success story in the new Kabul enjoying a freedom that was quashed under the Taliban and impossible during the civil war: “During Taliban I couldn’t go anywhere, I had to stay at home , I felt imprisoned, but now I am free. 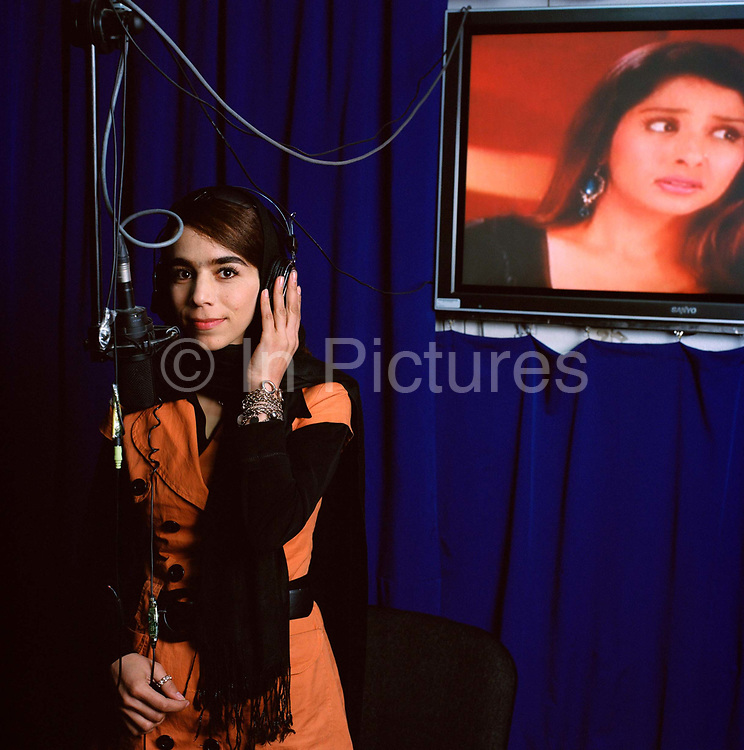