Paid to Pollute claimant Jeremy Cox outside the Royal Courts of Justice on 2nd October 2021 in London, United Kingdom. Kairin and Jeremy are two of the three climate activists taking the K government to court over the billions of pounds of public money it spends supporting the oil and gas industry, as part of the Paid to Pollute campaign. 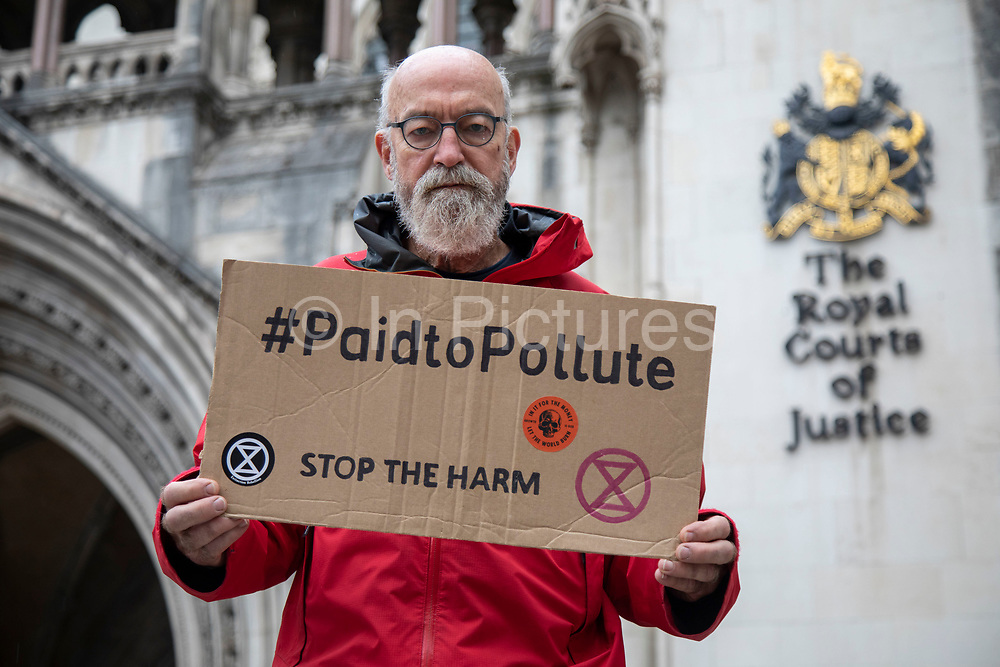