It is tradition among puffin hunters to release the first puffin caught each season to bring luck for future hunting – any accidentally caught with fish in their beaks are also released. Puffin hunting has been of major importance in Vestmannaeyjar and during the hunting season of just over 6 weeks every year, some 16,000 puffins were caught to make up Iceland’s national dinner. However by 2011 and 2012, breeding failures had taken such a toll that puffin hunting was banned in the Vestmannaeyjar. In 2013 five-day puffin-hunting season was allowed at the end of July. 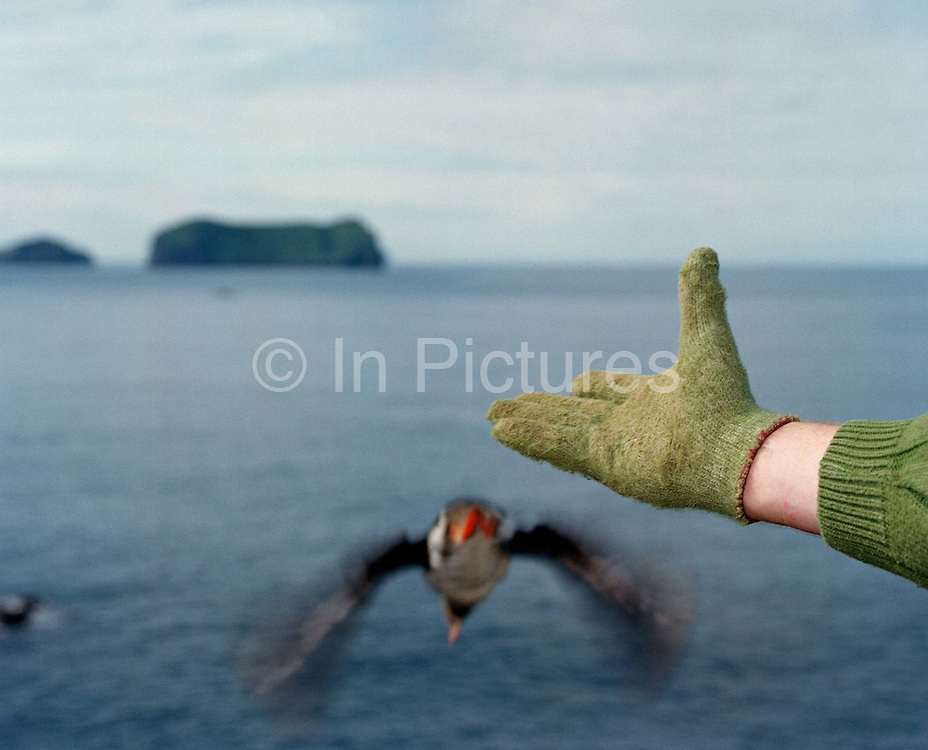