London, UK, 23rd April 2015. Campaigners speak as Brian May looks on at an animal welfare General Election drive. A day of action including a march on Parliament marks the launch of the ‘Votes for Animals’ campaign to highlight the importance of animal welfare issues in the General Election. The aim of the campaign is to help inform the public on where their local candidates stand on the issue of animal welfare and to take this into consideration when voting. The initiative is spearheaded by ethical cosmetic company Lush, and backed by animal protection organisations League Against Cruel Sports, Animal Aid and Brian May's Common Decency organization. 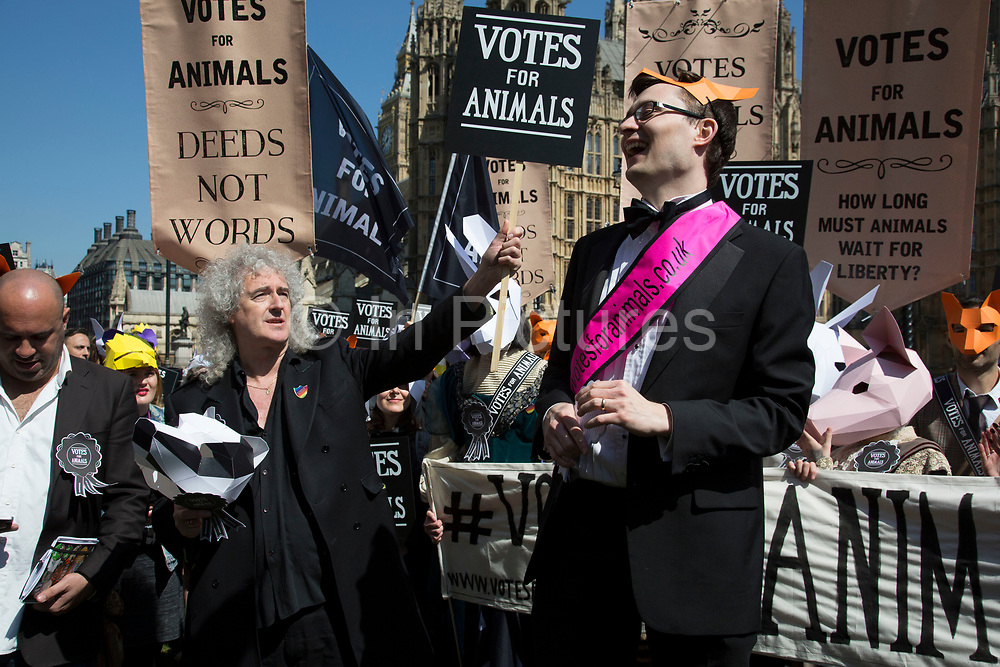