As a point of emigration are restored steps on the boardwalk in the old passenger Tilbury cruise terminal, on 18th September 2016, Essex, England. Tilbury became the only port in the Port of London Authority to serve cruise liners, when in 1916, it opened berths specifically for P&O. A large new passenger landing stage was constructed in the Thames with rail connections. Tilbury operated as Londons passenger liner terminal until the 1960s. For many people Tilbury was their point of emigration to Australia under an assisted passage scheme established and operated by the Australian Government. 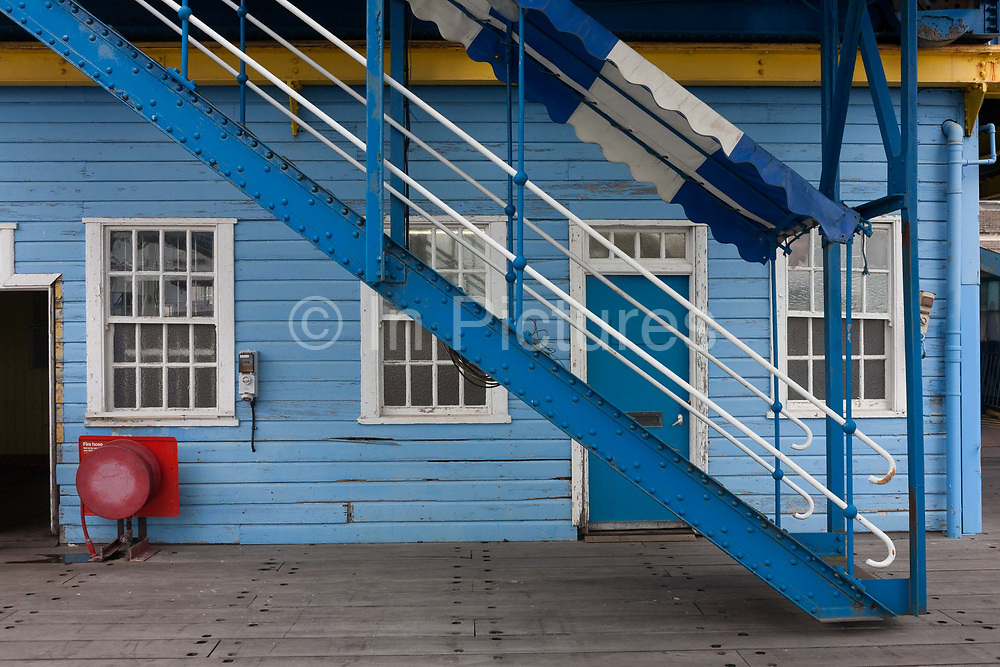