Protester berating and arguing with the gathered protesters accusing people of being middle class and soft supporters as eviction of the Occupy London OLSX camp takes place. The anti-capitalist demonstration that saw protesters camp outside St Paul's Cathedral in London was brought to an end by bailiffs and police. Protesters staging Occupy London were refused permission by the Court of Appeal last week to challenge orders evicting them from the cathedral steps, where they had been living in tents since October 15 last year. The City of London Corporation called on protesters to remove their tents voluntarily, but around 50 or 60 refused to budge. Some protesters created makeshift barriers out of wooden shelving units as police moved in to help bailiffs clear the camp. Police said 20 people had been arrested but the operation was largely peaceful. 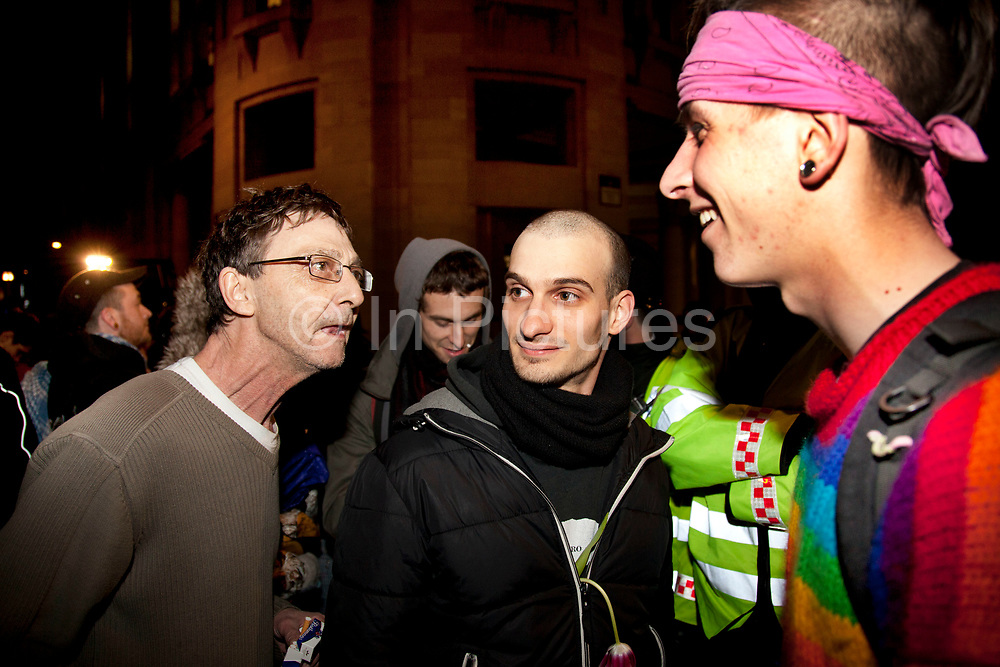