Muslim woman with an Afghanostan placard and the crowd in Trafalgar Square. Protest in central London to mark 10 years of the conflict in Afghanistan. Musicians, actors, film-makers and MPs are joining protesters for the Anti-war Mass Assembly in Trafalgar Square. The Stop The War Coalition said up to 5,000 people were at the protest but a BBC correspondent estimated there were about 1,000 people in the square. The coalition says opinion polls show most British people want a "speedy withdrawal" of UK forces. The demo brought together people from many groups in solidarity. 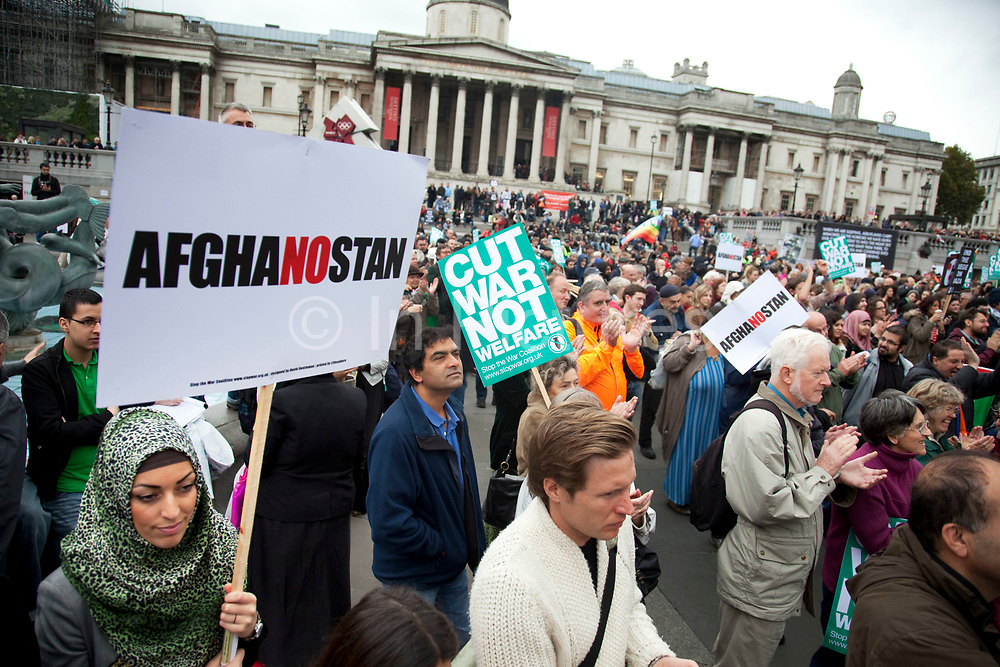