With a shadowy person in the background, John Gray the political scientist, stands with arms folded and wearing a grey jacket and his round-frame glasses in the Quadrangle of Jesus College, Oxford, amid classical architecture. He is a prominent British political philosopher, author and currently School Professor of European Thought at the London School of Economics. Prior to this he was Professor of Politics at Oxford University. He is a former supporter of the New Right and a regular contributor to the Guardian and the Times Literary Supplement. Also author of many books on political theory. He has written several influential books on political theory, including Straw Dogs: Thoughts on Humans and Other Animals (2003), an attack on humanism, a worldview which he sees as originating in religious ideologies. 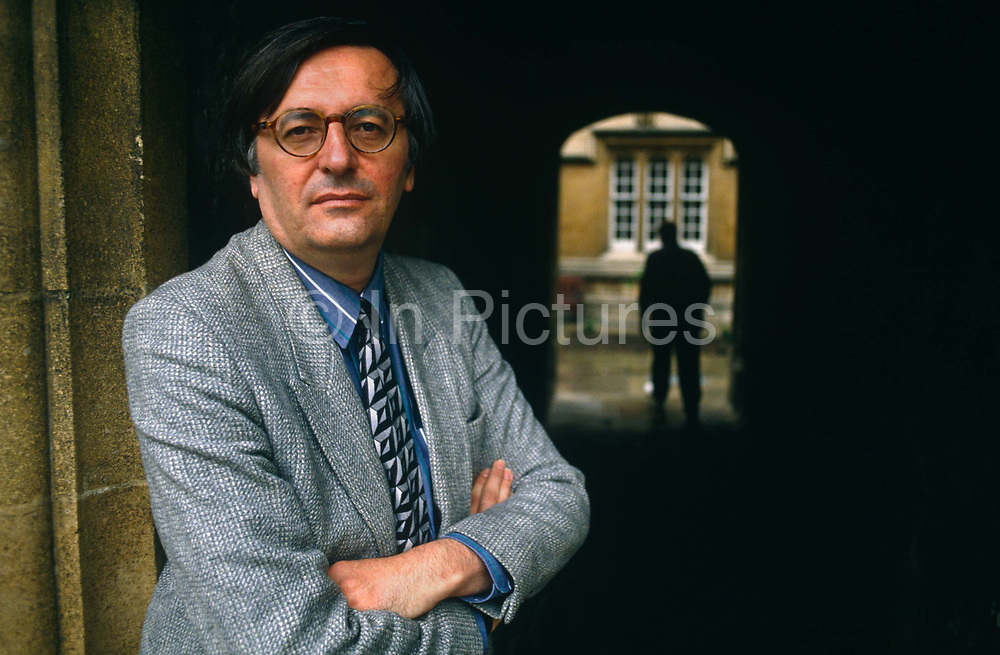