With modern offices of financial institutions behind, an architectural sunlit view of the friezes and Latin inscriptions on the pediment of the Royal Exchange in the City of London, the capitals financial district, on 27th February 2021, in London, England. At the top of Doric and Ionic columns with their ornate stonework, powerfully strong lintels cross, bearing the load of fine artistry and carvings which feature the design by Sir William Tite in 1842-1844 and opened in 1844 by Queen Victoria whose name is written in Latin Victoriae R. It’s the third building of the kind erected on the same site. The first Exchange erected in 1564-70 by sir Thomas Gresham but was destroyed in the great fire of 1666. It’s successor, by Jarman, was also burned down in 1838. The present building is grade 1 listed and cost about £150,000. 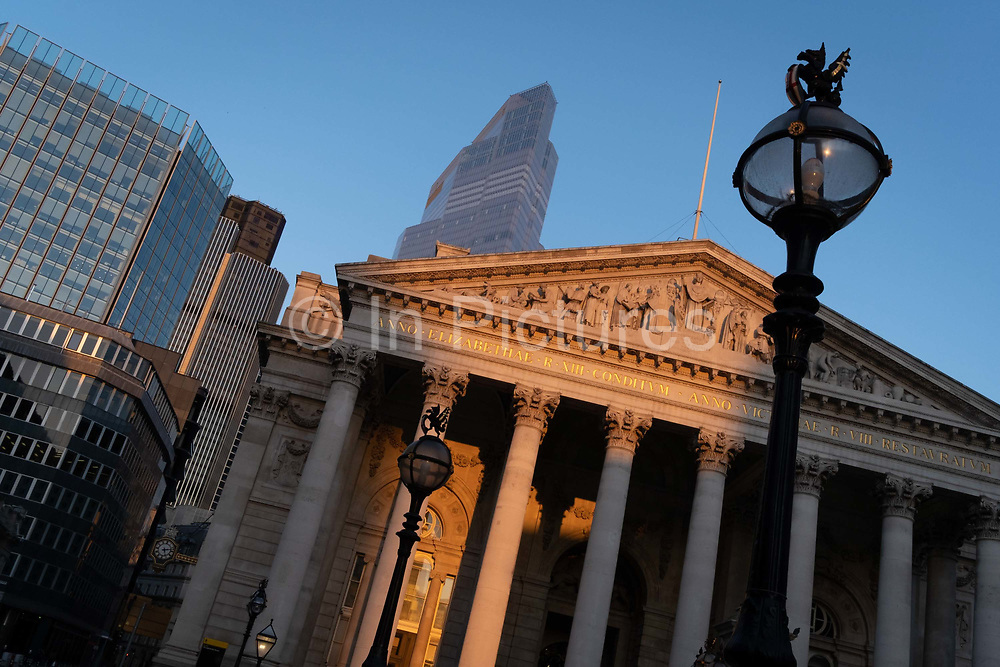