The Grenadier pub in Belgravia. It was originally built in 1720 as the officers' mess for the senior infantry regiment of the British army, so was located in a courtyard of their barracks. It was opened to the public in 1818 as The Guardsman and was subsequently renamed in honour of the Grenadier Guards. In a selected few boroughs of West London, wealth has changed over the last couple of decades. Traditionally wealthy parts of town, have developed into new affluent playgrounds of the super rich. With influxes of foreign money in particular from the Middle-East. The UK capital is home to more multimillionaires than any other city in the world according to recent figures. Boasting a staggering 4,224 'ultra-high net worth' residents - people with a net worth of more than $30million, or £19.2million.. London, England, UK. 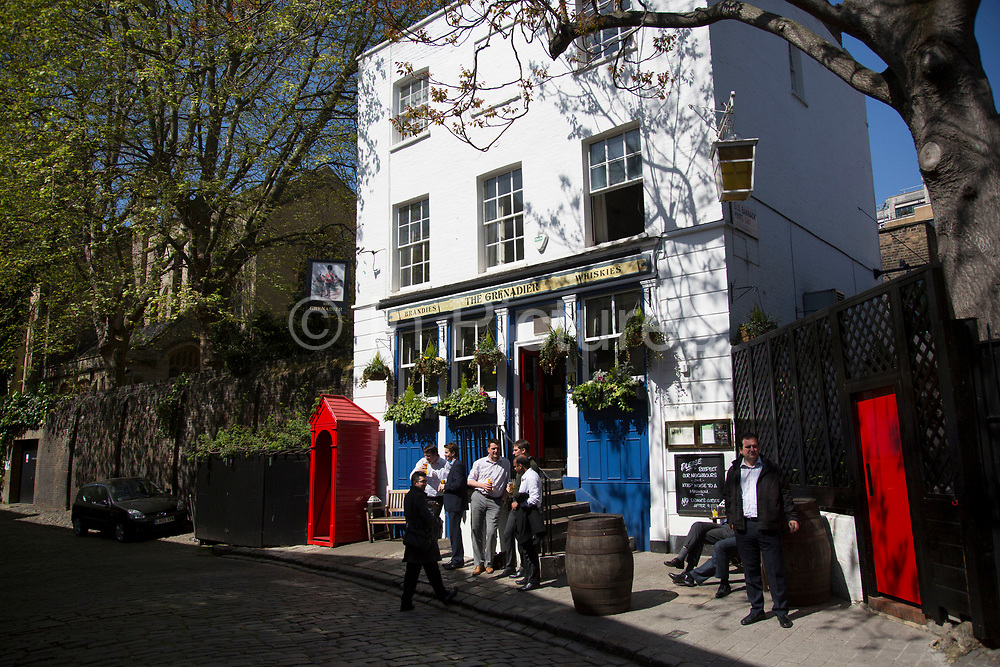