A group of 25 peace activists blockaded the front gate of the Russian Embassy in London in protest at the bombing of civilians in east Aleppo on November 3rd 2016 in London, the United Kingdom. Activists from two campaign groups The Syria Campaign and Syria Solidarity UK placed a structure made from white mannequin ‘limbs’ next to the front gate, while two others locked themselves to the gate itself. Others scattered over 800 limbs around the gates, to symbolise the horrific impact of Russia’s use of cluster bombs and other banned weapons in the besieged city. Peace activists John Dunford and Iris Andrews locked themselves to the gates. No arrests were made. 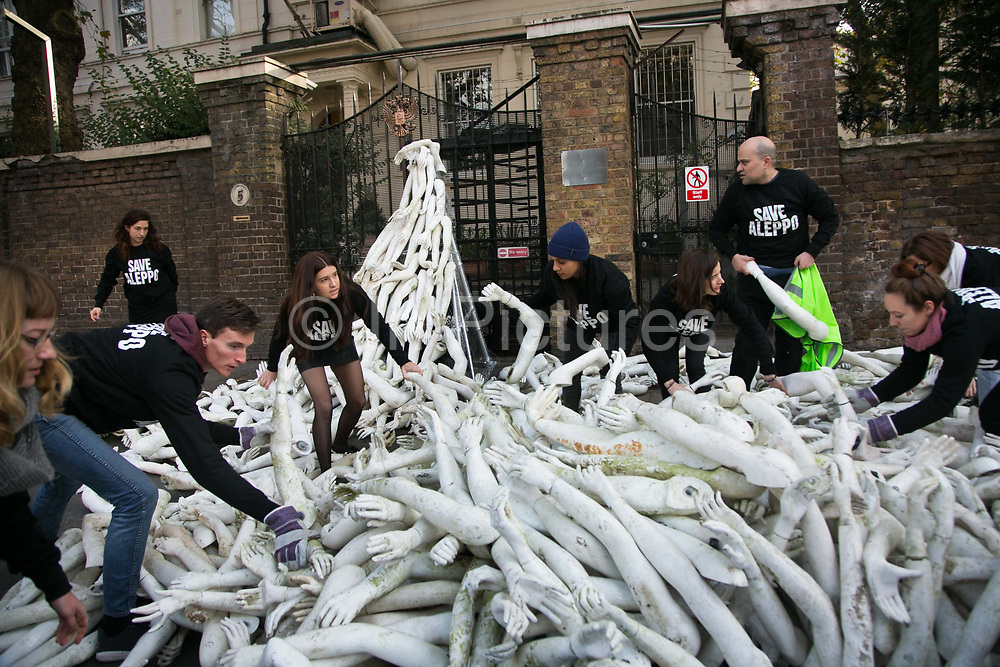