An officer bends down to inspect a soldier within a battalion of Argyll and Sutherland Highlanders regiment of the British Army, before a parade in front of Queen Elizabeth the Queen at the regiment's Edinburgh base at Redford Barracks, Scotland. The regimented rows and columns form a disciplined line-up of troops. The Argyll and Sutherland Highlanders (Princess Louise's) was an infantry regiment of the British Army until amalgamation into The Royal Regiment of Scotland in 2006. The regiment was created in 1881 as an amalgamation of the 91st and 93rd Regiments of Foot going on to serve in the First and Second World Wars, Korea, Aden. It was announced in 2004 as part of the restructuring of the infantry that the Highlanders would be amalgamated with the other Scottish infantry regiments into a single seven battalion strong Royal Regiment of Scotland. 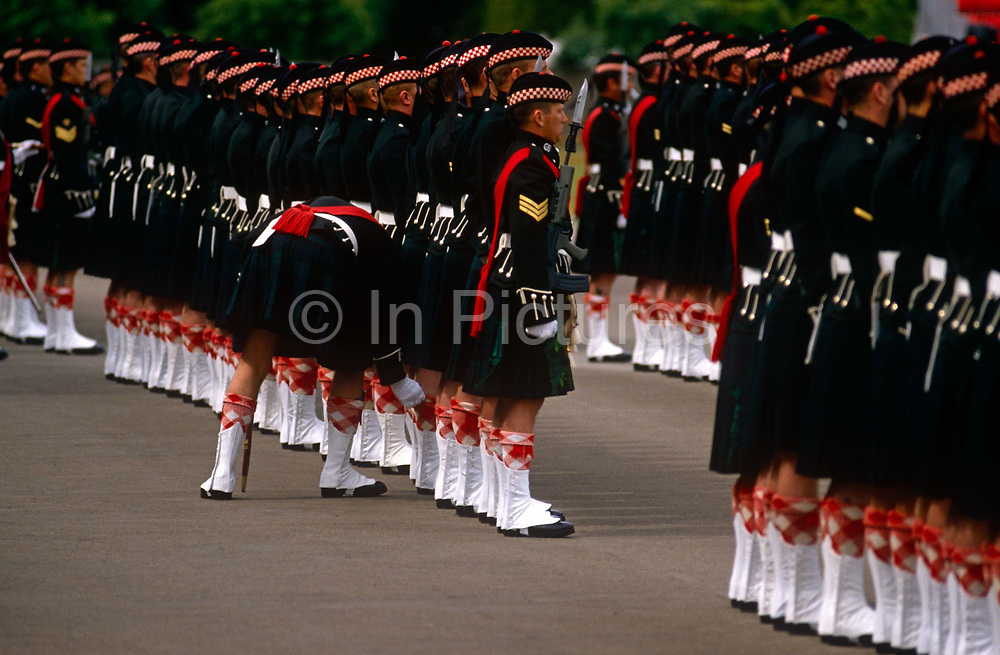