Vigil On Westminster Bridge For Terror Attack In London

Londoners and police gather on Westminster Bridge, the scene of the Terrorist attack 7 days ago in which 4 people died and others severely injured, on 29th March 2017, London, England. Hundreds crossed the Thames in a silent vigil to commemorate those who died at 2.40pm when Khalid Masood drove into crowds on the bridge before stabbing a police officer at the nearby Palace of Westminster. The crowds fell silent, many bowing their
heads, among them were dozens of young Muslim children and members of the Ahmadiyya community. 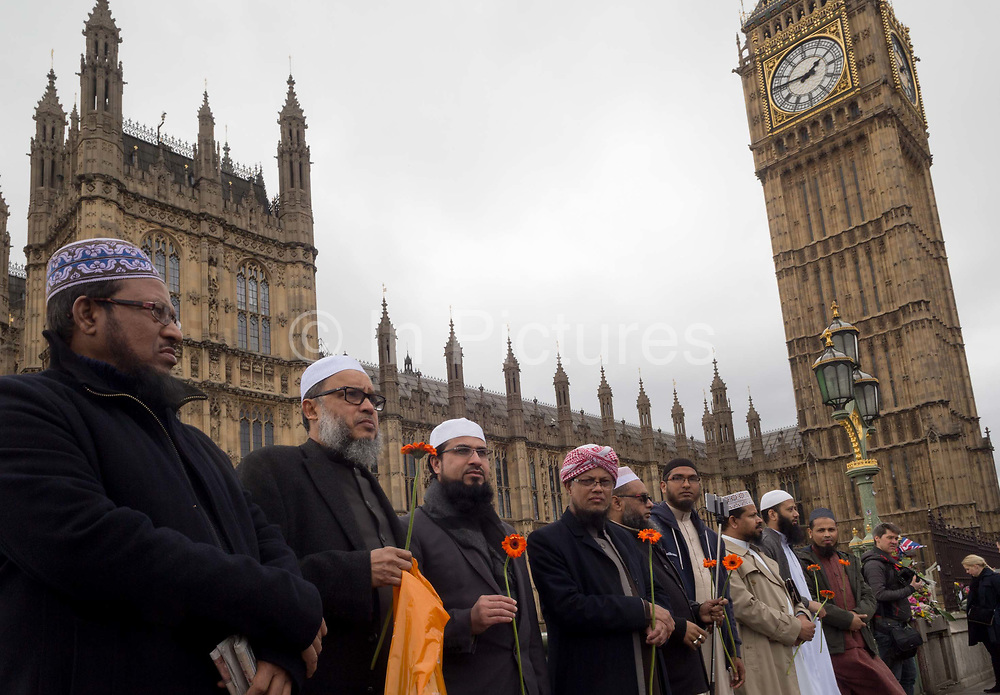