Two queens and one princess, members of the British royal family are depicted on a postcard rack in central London. On the left is Queen Elizabeth (known as the Queen Mother (born Bowes-Lyon) who died at the age of 101 in 2002. Her daughter is the present Queen Elizabeth the second and to her right is Princess Diana, the Princess of Wales who died tragically in Paris in 1997. The three are seen on sale outside a tourist shop in Whitehall in the borough of Westminster where revenue-earning foreign holidaymakers frequent to see major landmark sites such as Parliament and Buckingham Palace. While the Queen wears a formal crown, the Princess is with a tiara and all three are on sale for 30 pence (£0.3) 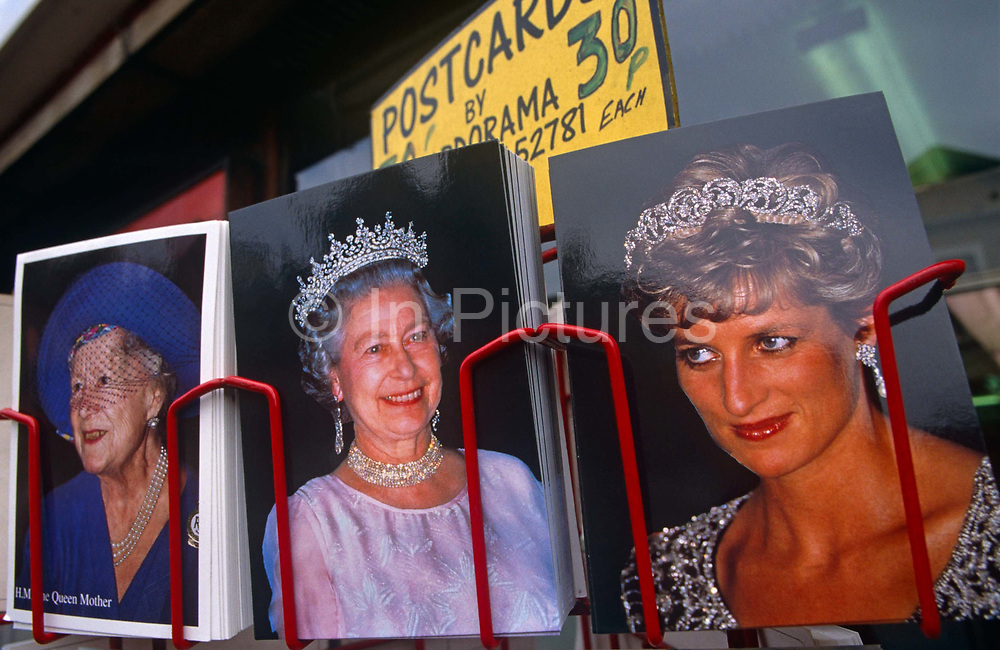