Taken from a tall apartment block, we see an aerial view overlooking the ex-Portuguese colony of Macau's Chinese Christian cemetery of San Miguel. The Cemiterio de São Miguel Arcanjo (Saint Miguel Catholic Cemetery) is located right in the middle of Macao island, on Estrada do Cemiterio and host the graves of the old Dutch and Portuguese colonials that helped shape Macau, now one of the world's most densely-populated city. We see a single Chinese lady walking along one of many criss-crossing diagonal pathways carrying a red bucket of water to tend these graves. She appears tiny compared to the multitude of plots, some which have crosses and others which have simple headstones. They are mostly neat and tidy but some have become overgrown with grass sprouting up. Macau's gambling revenue in 2006 weighed in at a massive £3.6bn - about £100m more than Las Vegas. The official languages are Portuguese and Chinese. The Macau Special Administrative Region is one of the two special administrative regions of the People's Republic of China (PRC), along with Hong Kong. Administered by Portugal until 1999, it was the oldest European colony in China, dating back to the 16th century. The administrative power over Macau was transferred to the People's Republic of China (PRC) in 1999, 2 years after Hong Kong's own handover. 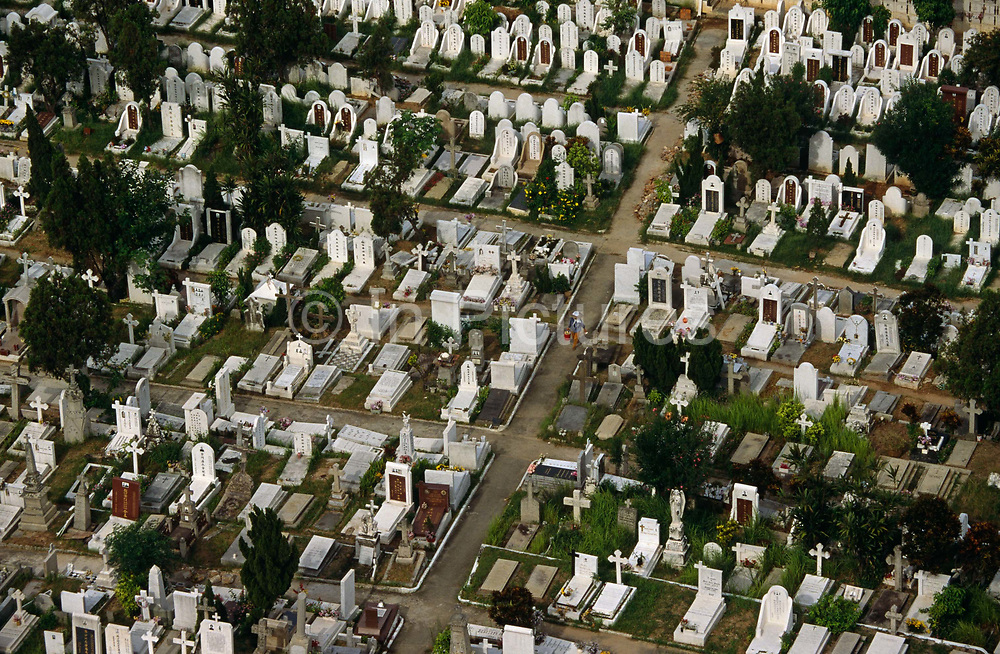