With hands in their pockets and walking in step, three friends pass along a street off the Shankhill Road in Belfast, Northern Ireland, have just passed beneath a Loyalist mural drawn by a paramilitary artist, whose handiwork is based on a well-known representation of a kneeling gunman shouldering a rocket-propelled grenade (RPG) and aiming past the crest of the protestant Ulster Defence Association (UDA), the organisation behind many a sectarian action against neighbouring catholic supporters of the Irish republican Army (IRA). In loyalist areas, the red, white and blue of the British Union Jack is painted on kerbs, houses and railings to signify peoples’ allegiance to the crown, having historically followed the 17th century activities of King William of Orange against Catholics. 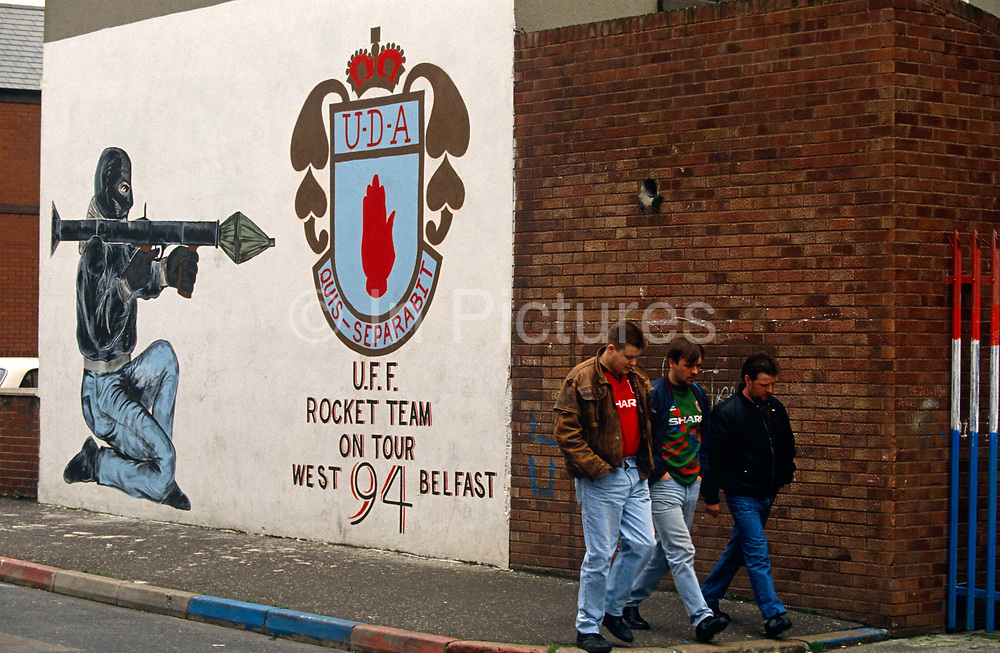