William Blake's poem London is written in the pavement at Bunhill Fields, the place in the City of London where the poet is buried. London is a poem by William Blake, published in Songs of Experience in 1794. William Blake was a poet and artist who specialised in illuminated texts, often of a religious nature. He rejected established religion for various reasons, including the failure of the established Church to help children in London who were forced to work. Blake lived and worked in the capital, so he was arguably well placed to write clearly about the conditions people who lived there faced. 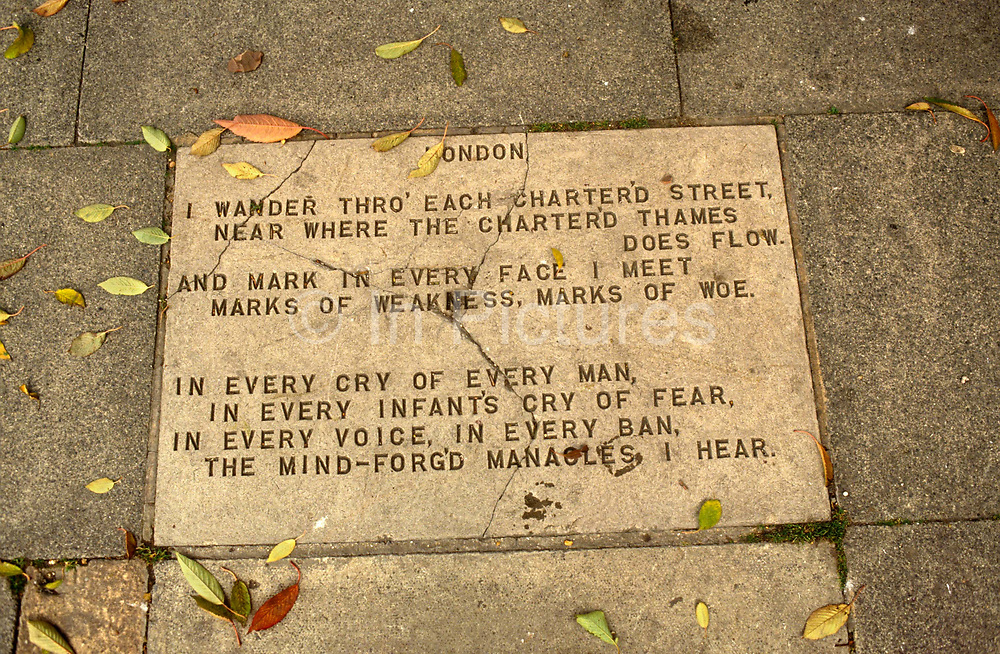