Woman photographs photograps the Ancient Greek Parthenon Metopes also knows as the Elgin Marbles in the British Museum. 92 Metopes were rectangular slabs placed over the columns of the Athens Parthenon temple depicting scenes from Greek mythology. The Elgin Marbles are a collection of classical Greek marble sculptures (mostly by Phidias and his pupils), inscriptions and architectural members that originally were part of the Parthenon and other buildings on the Acropolis of Athens. Thomas Bruce, 7th Earl of Elgin, the British ambassador to the Ottoman Empire from 1799–1803, obtained a controversial permit from the Ottoman authorities to remove pieces from the Acropolis. From 1801 to 1812 Elgin's agents removed about half of the surviving sculptures of the Parthenon 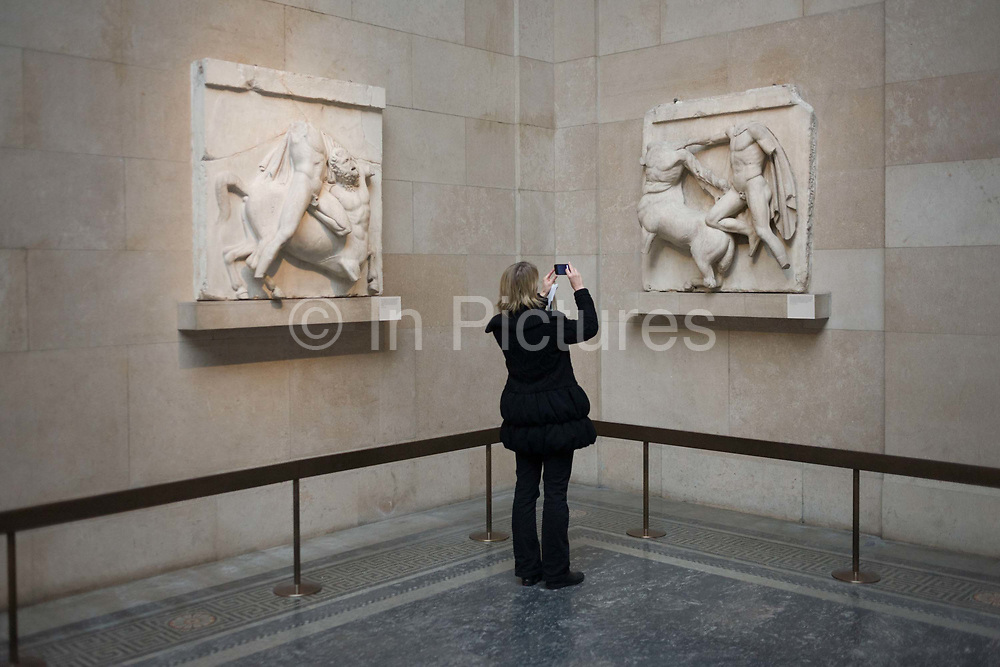