An aerial view of central Macau, looking down on high-rise apartments and poorer housing in this ex-Portuguese colony. Macau is now administered by China as a Special Economic Region (SER). Taken from a tall apartment block that overloooks the Rua do Almirant e Costa Cabral, we can view the tightly-packed cities of one of the most densely-populated conurbations in the world, this area is a packed warren of houses, businesses and tower blocks, home to a population of mainland 95% Chinese, primarily Cantonese, Fujianese as well as some Hakka, Shanghainese and overseas Chinese immigrants from Southeast Asia and elsewhere. The remainder are of Portuguese or mixed Chinese-Portuguese ancestry, the so-called Macanese, as well as several thousand Filipino and Thai nationals. The official languages are Portuguese and Chinese. 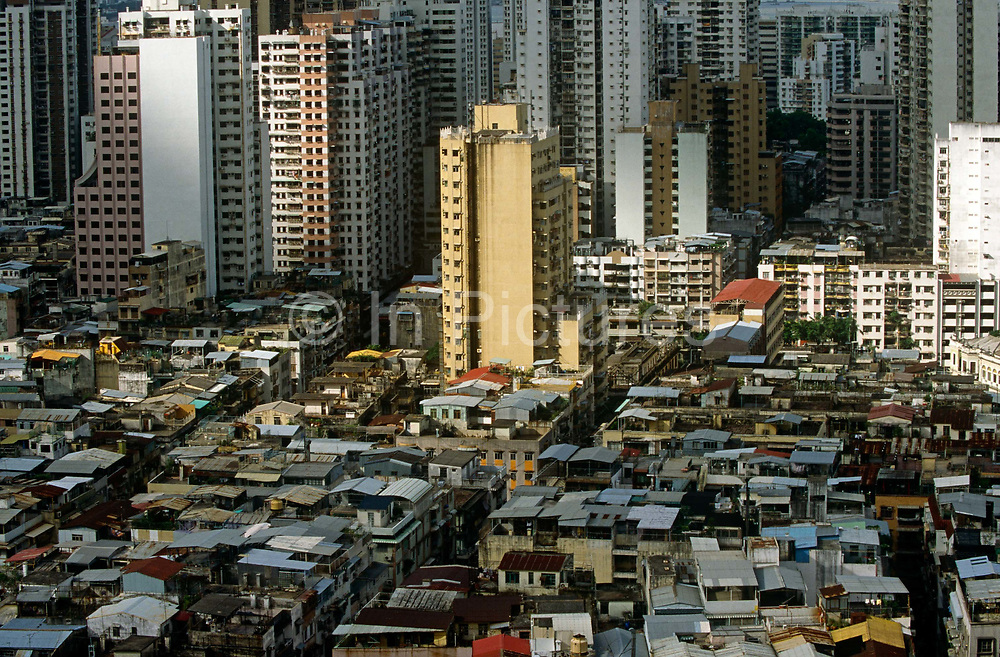