Liberate Tate perfoms an art intervention as a political statement against BP's continued sponsorship of the Tate galleries. Parts of their press release reads: "Fifty veiled figures dressed in black today carried out a performance art installation entitled ‘Parts Per Million’ throughout a series of rooms in the ‘BP Walk Through British Art’ at Tate Britain during the art gallery’s official re-opening (Saturday 23 November 2013). The piece critiqued the role that Tate is playing in exacerbating climate change by bolstering the public perception of BP through its long-standing sponsorship relationship." 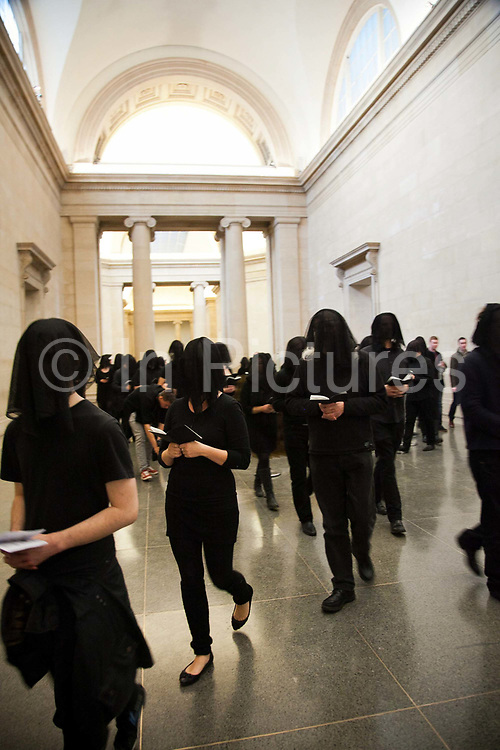