A portrait of an executive from the Baltic Exchange holding a framed photo of what the trading institution before it was wrecked by the IRA terrorist bomb nearby in St Mary Axe in the City of London. On 10 April 1992 at 9:20 pm, the façade of the Exchange's offices at 30 St Mary Axe was partially demolished and the rest of the building was extensively damaged in the Provisional Irish Republican Army bomb attack. The one-ton bomb was contained in a large white truck and consisted killed three people. Too heavily damaged, a full restoration of the premises was ruled out and the hall was completely razed in 1998. The Baltic Exchange is the world's only independent source of maritime market information for the trading and settlement of physical and derivative contracts. 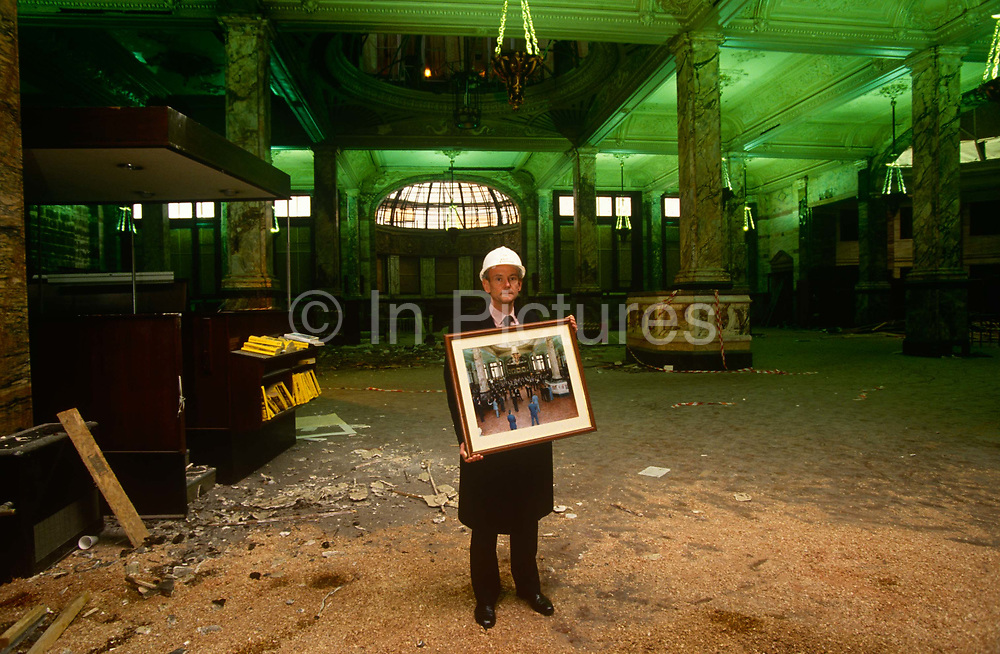