Skyline At Night Towards Pudong In Shanghai China

The Oriental Pearl Tower left and Jin Mao Building right rise up, glowing in the distance in Pudong, and China’s centralised financial district in Shanghai, China. Skyline across the low-rise traditional Chinese housing in the foreground of Nanpudaqiao through the high-rise developments, offices and apartment buildings right across downtown, this vision of capitalism and modernity against traditional sums up the colossal development of this ‘Paris of the East’ as Shanghai was once known. In ten years the city has gone from 2-3 story housing as far as the eye can see to this rising metropolis. So much air pollution and light pollution from buildings, construction, cars and lighting up makes the whole city glow. 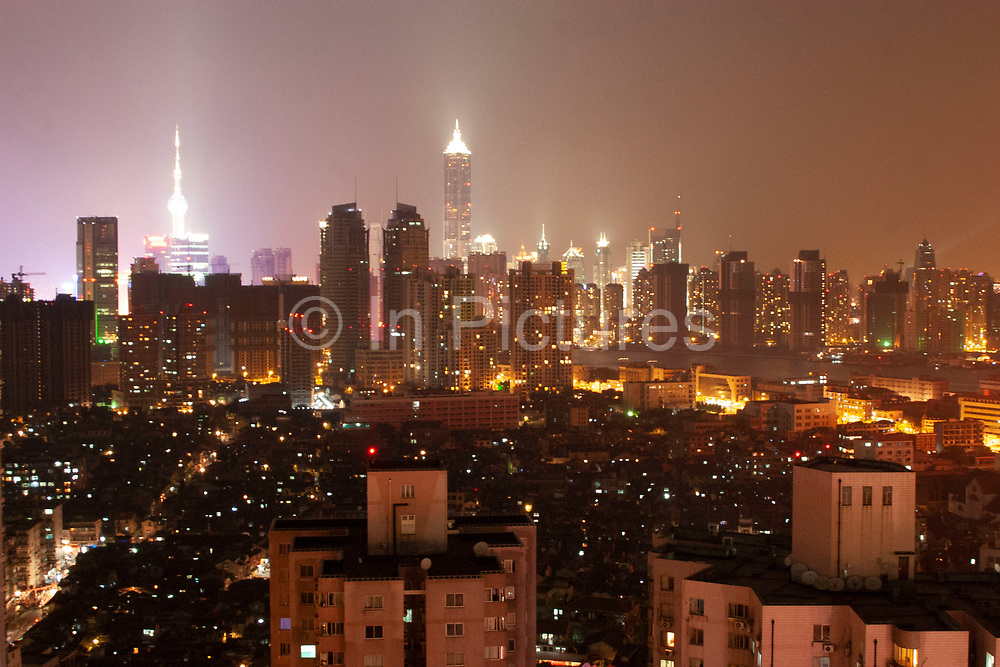