A Lanten ethnic minority woman wearing traditional indigo-dyed cotton clothing outside her home, Ban Houey Liey, Luang Namtha province, Lao PDR. The Lanten or Yao Mun are a small but distinctive group of the Yao ethnic minority residing in northern Laos, Vietnam and China. Maintaining a strong cultural identity, they are easily recognised by their hand woven, indigo dyed attire. Unlike many other ethnic groups who have relinquished their traditional dress, each Mun family still cultivates cotton and indigo for spinning, weaving, dyeing and sewing into clothing. One of the most ethnically diverse countries in Southeast Asia, Laos has 49 officially recognised ethnic groups although there are many more self-identified and sub groups. These groups are distinguished by their own customs, beliefs and rituals. 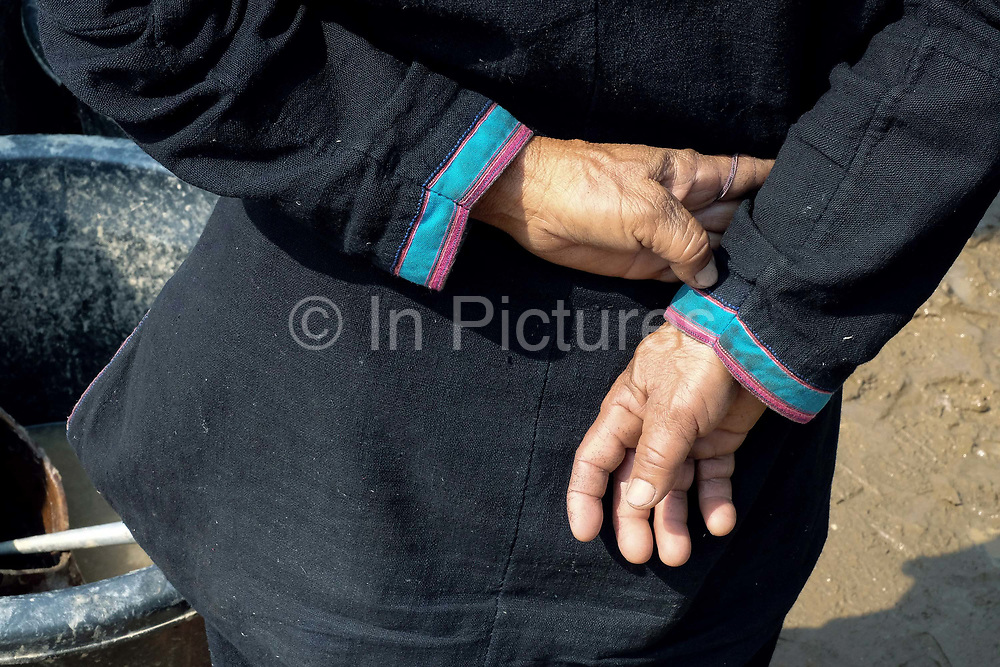