Julian Assange at the Occupy London demonstration 15th October 2011. Seen here after arriving in a taxi with his own security, he tries to get through police lines wearing a black cape, hood and mask. He was immediately asked to take off the mask where upon he was dragged through the lines by the police, mask removed and questioned for a few minutes. He was then given a caution and released. According to the people he was with, he was just there to support the demonstration, but as usual, caused some publicity. Julian Assange is the Australian publisher and Internet activist. Editor in chief of WikiLeaks, the whistleblowing website and conduit for worldwide news leaks. Protests spread from the US with this demonstrations in London and other cities worldwide. The 'Occupy' movement is spreading via social media. After four weeks of focus on the Wall Street protest, the campaign against the global banking industry started in the UK this weekend, with the biggest event aiming to "occupy" the London Stock Exchange. The protests have been organised on social media pages that between them have picked up more than 15,000 followers. 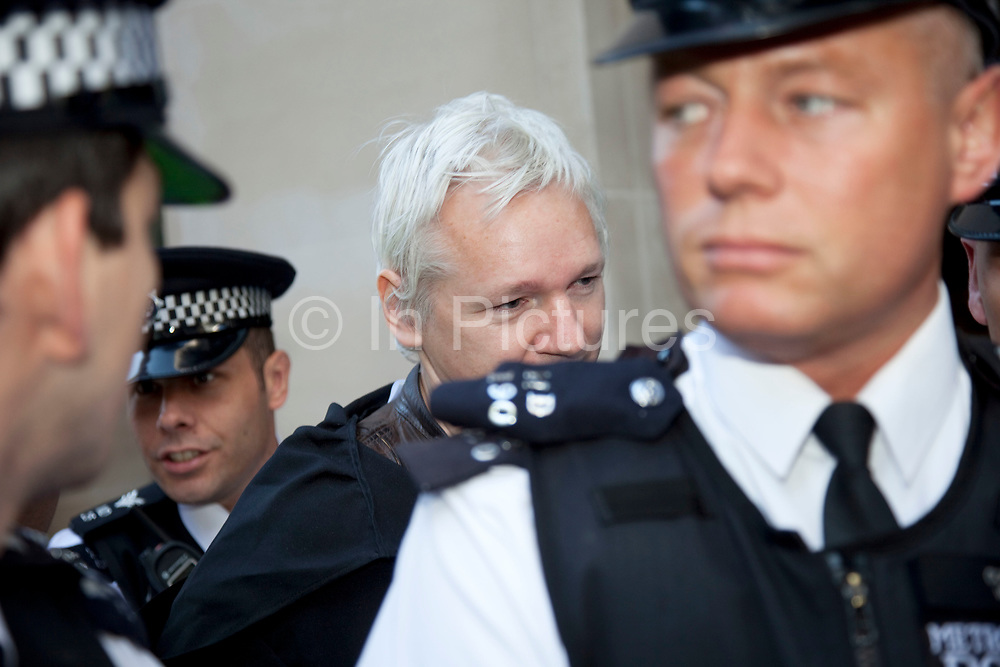