A tourist crouches on the original 4th century marble starting line at ancient Olympia's athletics track where both ancient Greeks and Romans held their games. Nike was the Goddess of Victory to whom Olympic athletes made offerings and prayers before competition. Hercules is said to have paced out the 600 Greek feet, or 'Stadion,' from which we get the word 'Stadium'. Olympic spectators suffered dehydration due to to extreme heat. The 29th modern Olympic circus came home to Greece in 2004 and at the birthplace of athletics and the Olympic ideal, amid the woodland of ancient Olympia where for 1,100 continuous years, the ancients held their pagan festival of sport and debauchery. The modern games share many characteristics with its ancient counterpart. Corruption, politics and cheating interfered then as it does now. 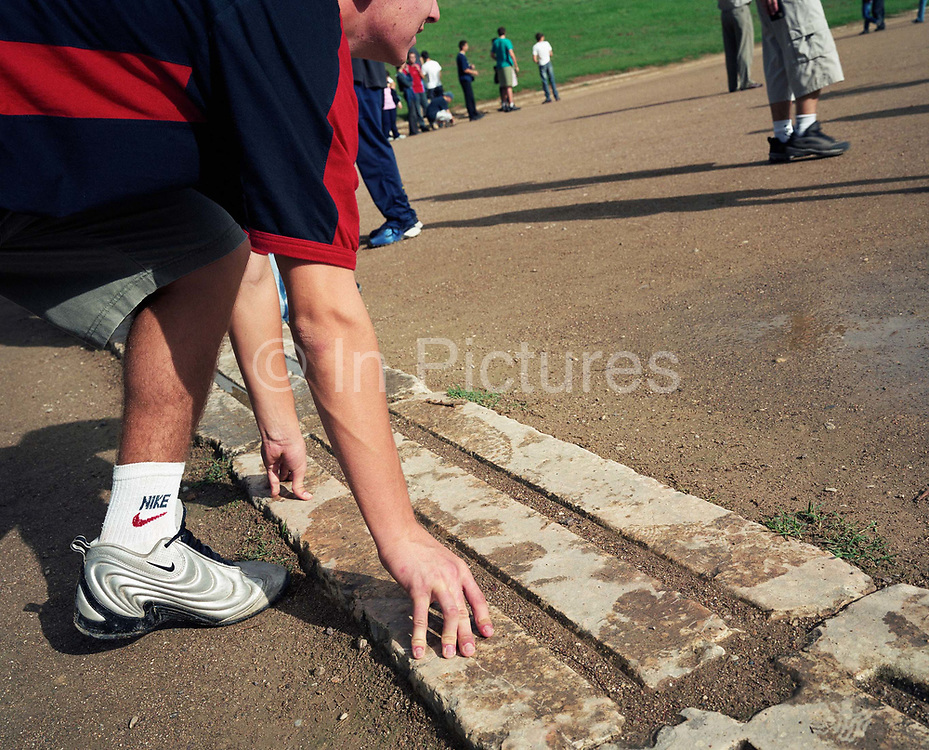