Dan Hooper, widely known as Swampy during the 1990s, smiles as he holds a lock-on arm tube in a basket suspended from a bamboo tripod positioned in the river Colne on 8th December 2020 in Denham, United Kingdom. The climate and roads activist had occupied the tripod the previous day in order to delay the building of a bridge as part of works for the controversial HS2 high-speed rail link and a large security operation involving officers from at least three police forces, the National Eviction Team and HS2 security guards was put in place to facilitate his removal. 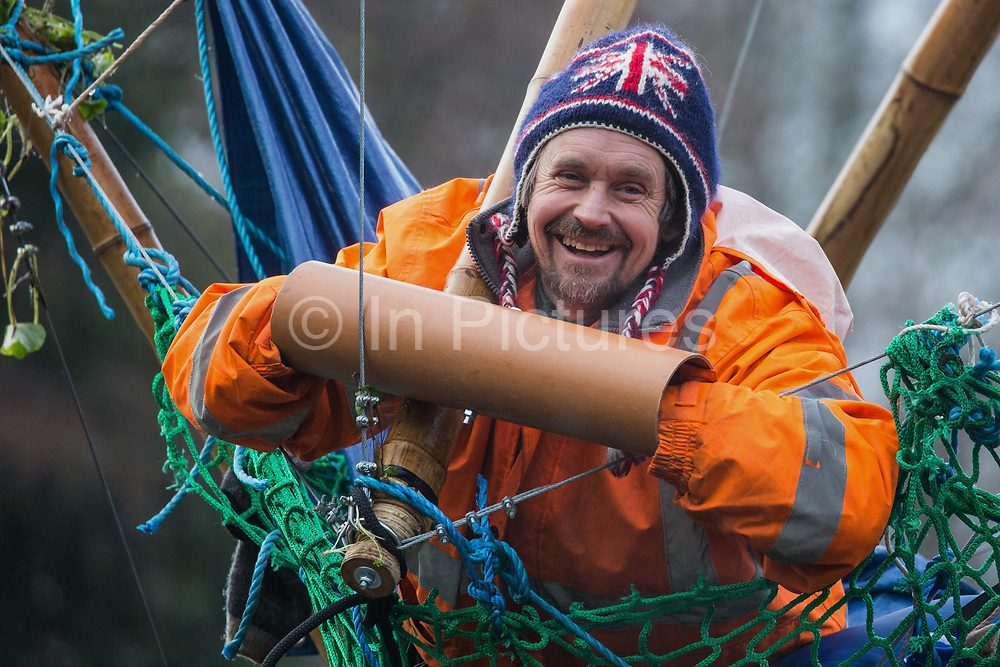