Docked after night-time interceptions of migrant inflatables from the French coast via the English Channel is the UK Border Forces cutter HMC Vigilant in Ramsgate Harbour, on 8th January 2019, in Ramsgate, Kent, England. The Port of Ramsgate has been identified as a Brexit Port by the government of Prime Minister Theresa May, currently negotiating the UKs exit from the EU. Britains Department of Transport has awarded to an unproven shipping company, Seaborne Freight, to provide run roll-on roll-off ferry services to the road haulage industry between Ostend and the Kent port - in the event of more likely No Deal Brexit. In the EU referendum of 2016, people in Kent voted strongly in favour of leaving the European Union with 59% voting to leave and 41% to remain. 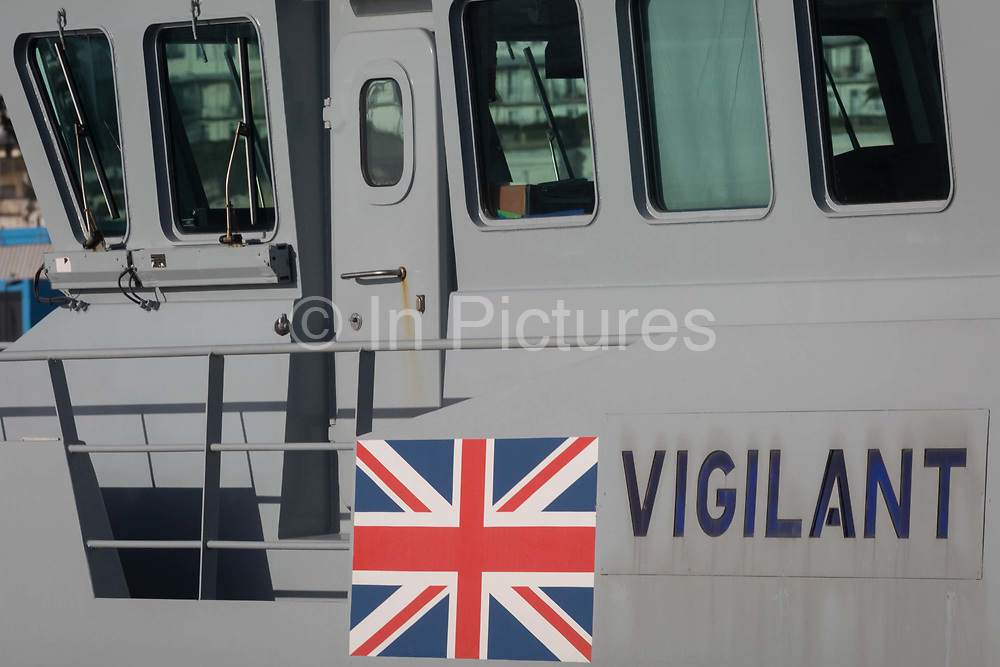