The Society of Saint Anne gathering to parade during Mardi Gras on 25th February 2020 in Bywater district of New Orleans, Louisiana, United States. Mardi Gras is the biggest celebration the city of New Orleans hosts every year. The magnificent, costumed, beaded and feathered party is laced with tradition and having a good time. Celebrations are concentrated for about two weeks before and culminate on Fat Tuesday the day before Ash Wednesday and Lent. Wearing less clothing than considered decent in other contexts during Mardi Gras has been documented since 1889, when the Times-Democrat decried the degree of immodesty exhibited by nearly all female masqueraders seen on the streets. Risqué costumes, including body painting, is fairly common. Social scientists studying ritual disrobement found, at Mardi Gras 1991, 1,200 instances of body-baring in exchange for beads or other favours. 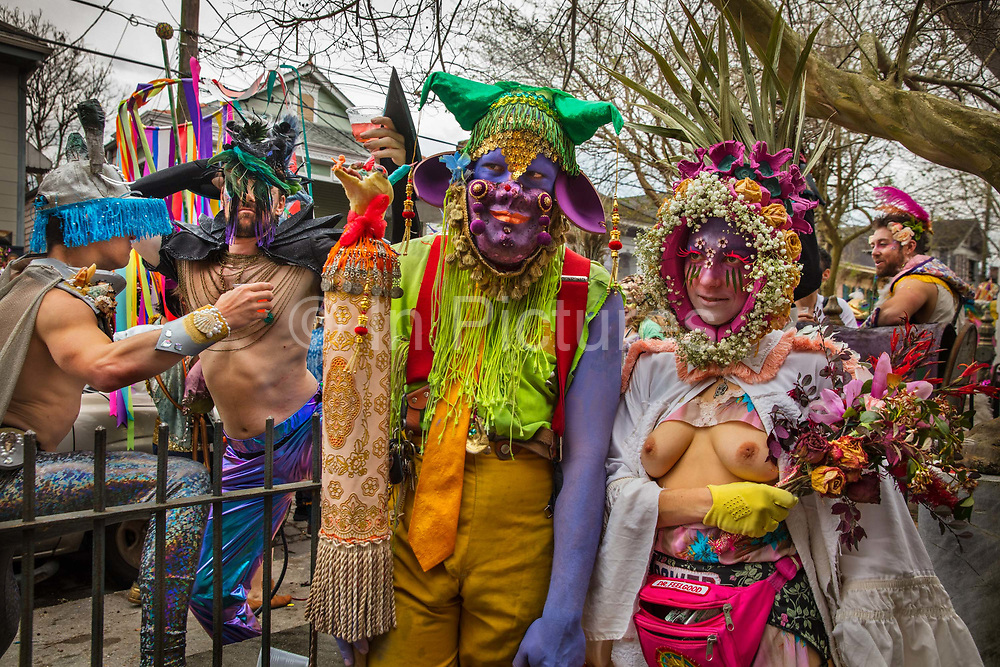