A local youth stops to look through the window the Clarence Road Convenience Store in the London borough of Hackney. After the riots of London and other UK cities in August 2011, Sri Lankan-born Sivaharan (Siva) Kandiah's looted shop was ransacked and his stock either removed from the premises or left to spoil without refrigeration. On sale outside are tabloid newspapers telling the story of an Olympic ambassador, a teenage girl chosen to represent the 2012 Olympiad but who was found to have looted a small business herself. 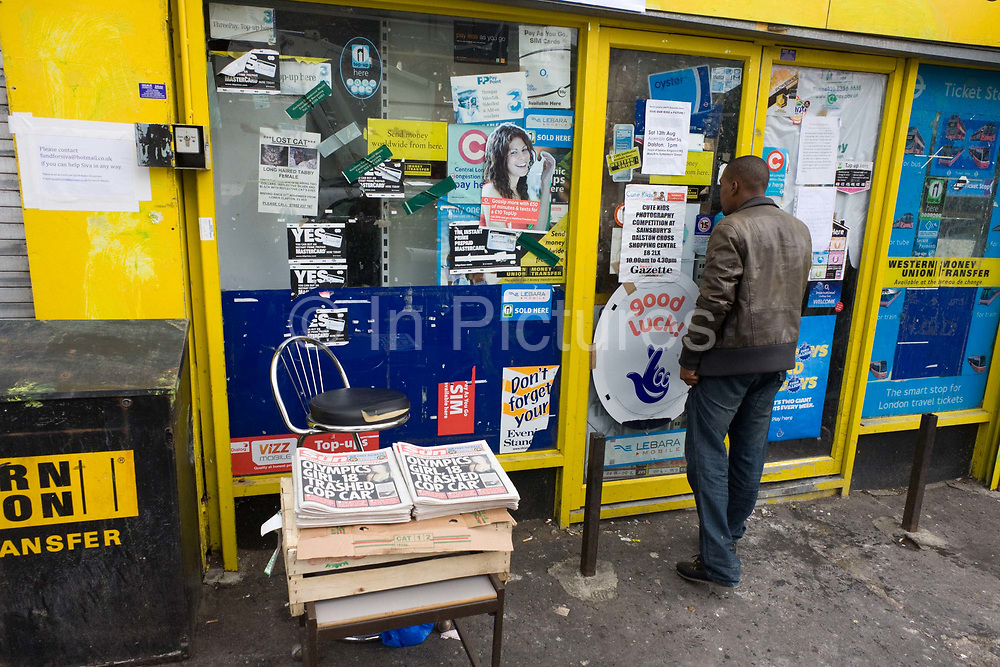