It is dusk and the evening light is fast-disappearing behind the buildings of Westminster, London. Seen from the south bank of the River Thames and looking over Westminster Bridge, traffic lights trail and the light fades over the Palace of Westminster and the tall clock tower of Big Ben, London England. Street lights flare intensively during the long-exposure and there is enough ambient light to see the reflections on the river's water. The Palace, also known as the Houses of Parliament or Westminster Palace, is where the two Houses of the Parliament of the United Kingdom (the House of Lords and the House of Commons) conduct their business. It is therefore a potent symbol for British Governmental power, influence and a world-famous landmark for tourists. Big Ben is the name of the clock's bell and not the tower itself. 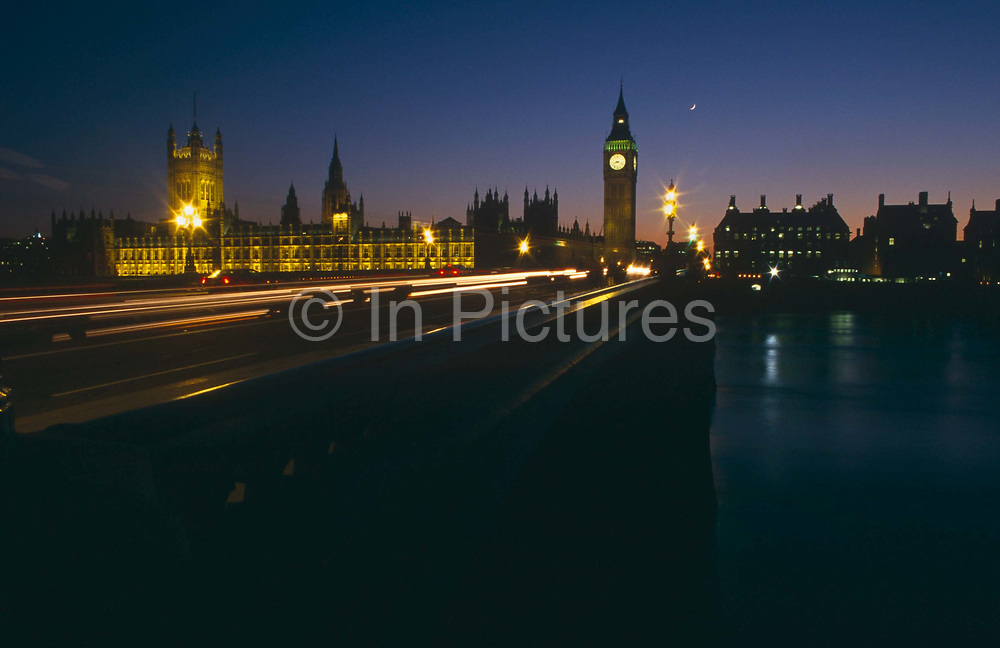