A teenage boy tries the sights of a WW2 sten gun during 1995 VE Day 50th anniversary celebrations in London. Picking up the replica weapon, the boy takes aim along the barrel of the gun, pretending to shoot an unseen enemy. Wearing military clothing and a hat with union jack colours plus flag in a back pocket, he plays the soldier at a time of remembrance of those killed during wartime. In the week near the anniversary date of May 8, 1945, when the World War II Allies formally accepted the unconditional surrender of the armed forces of Germany and peace was announced to tumultuous crowds across European cities, the British still go out of their way to honour those sacrificed and the realisation that peace was once again achieved. Street parties now – as they did in 1945 – played a large part in the country’s patriotic well-being. 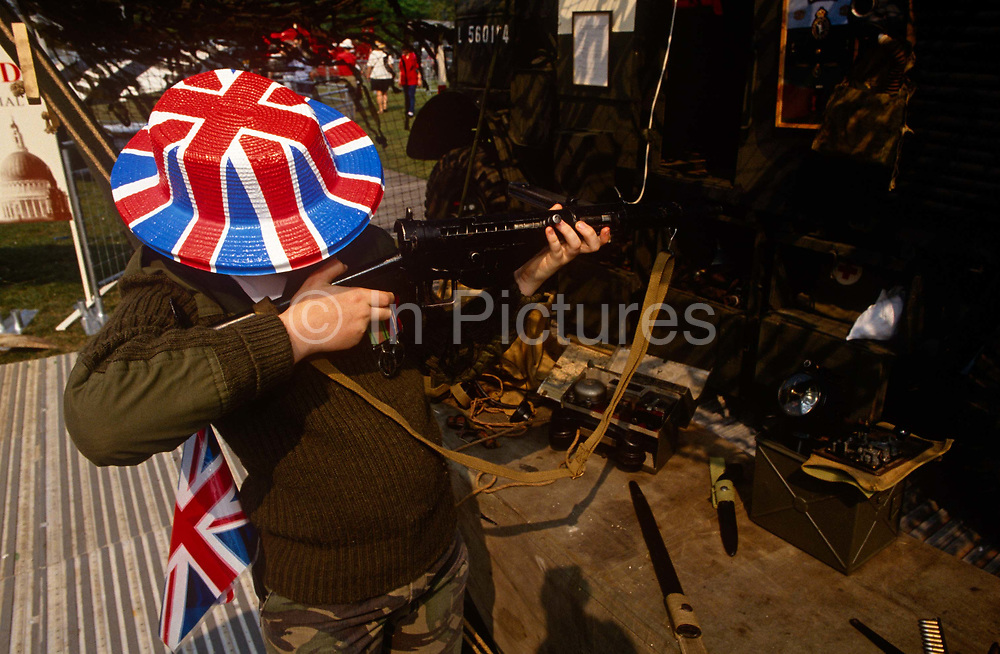