Fallen Ionic and Doric columns lay in the undergrowth at Olympia, Peloponnese, Greece. The 29th modern Olympic circus came home to Greece in 2004 and in the birthplace of athletics and the Olympic ideal, amid the woodland of ancient Olympia where for 1,100 continuous years, the ancients held their pagan festival of sport and debauchery here. These fluted columns that date to about 400BC that now lie in the shade were originally piled on top of each other to construct - among other buildings too - the Temple of Zeus. There, the athletes made offerings to Nike, the Goddess of Victory before going out to compete in the many sports. The modern games share many characteristics with its ancient counterpart. Corruption, politics and cheating interfered then as it does now. 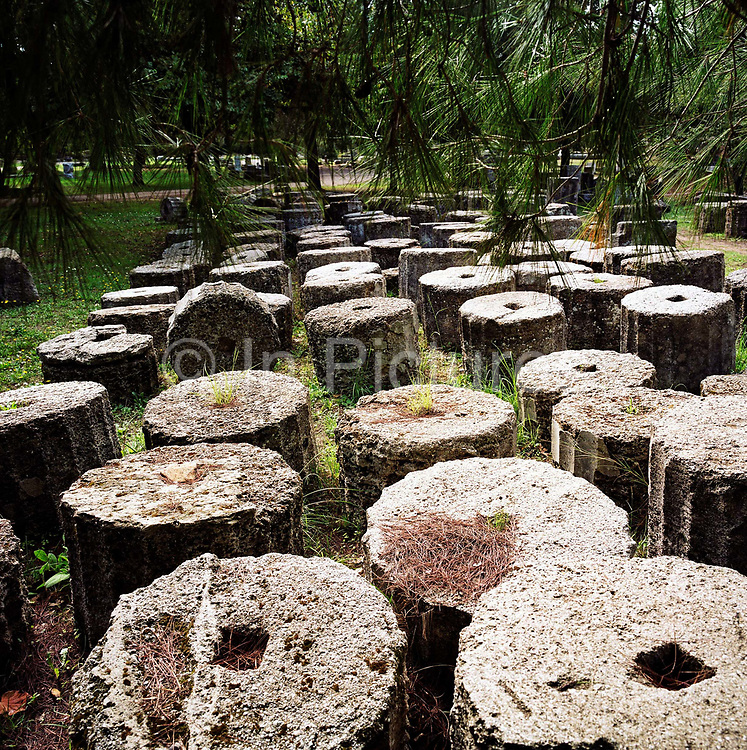