March On The Motorway London

Activists from groups including Kill The Bill, United for Black Lives UBL and Stop HS2 take part in a March On The Motorway event organised by Burning Pink to coincide with the eve of the London Mayoral election on 5th May 2021 in London, United Kingdom. Burning Pink is a radical political party campaigning for rapid action to combat the climate emergency, among other issues, through the setting up of citizens assemblies and its candidate Valerie Brown is standing for London Mayor. The activists marched from a rally at St Pancras Church to the Westway, where they were intercepted by the police. 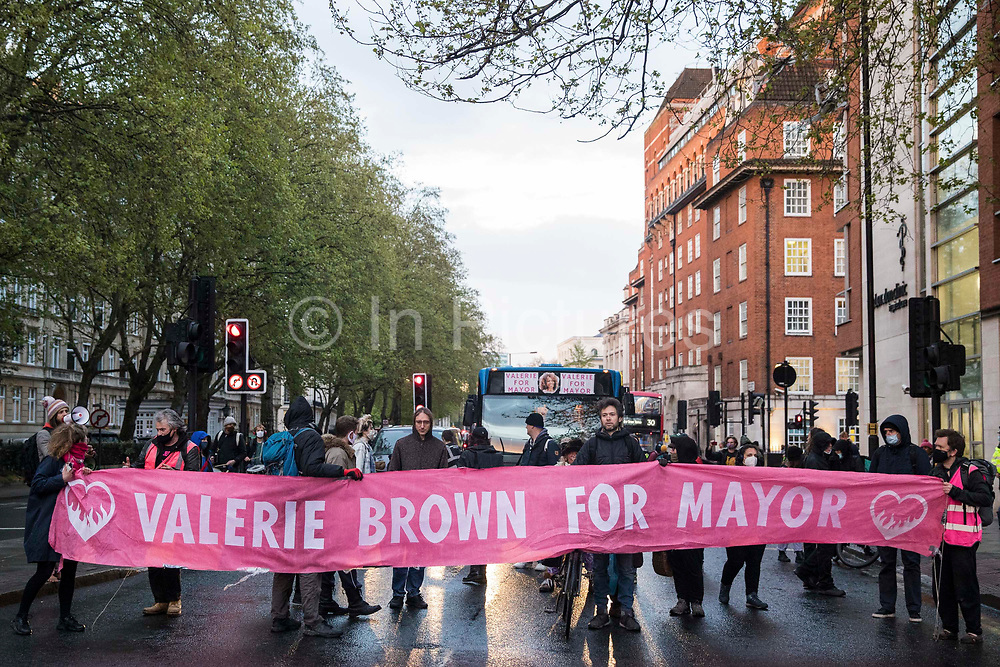