Mufti Shah Sadruddin President of Jamiat Ulamah Europe (Islamic Scholars Union of Europe) speaking at the Unite Against Fascism demo against the EDL, 3rd September 2011. Aldgate, East London. Hundreds of antifascists, trade unionists and members of the local community gathered in Whitechapel after the English Defence League attempted to demonstrate in Tower Hamlets. Only around 600 members of EDL made it to their final rally point – at Aldgate, outside the Tower Hamlets borough boundary in East London. 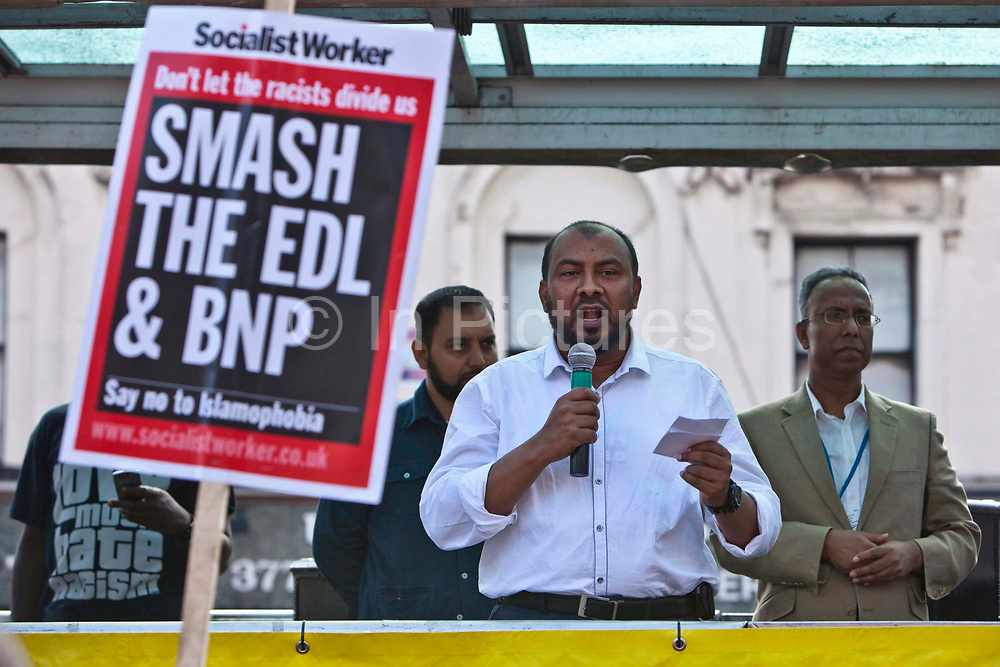