The flags of right-wing supporters of the anti-Islam activist Tommy Robinson real name Stephen Yaxley-Lennon and former leader of the now-banned English Defence League gather outside the Central Criminal Court The Old Bailey on 23rd October 2018, in London, England. Around a thousand gathered in the street specially cordoned off by City of London police as Robinson appeared before Nicholas Hilliard, the recorder of London, for a contempt hearing at the Old Bailey during which he was again bailed before the case was referred to the attorney general. 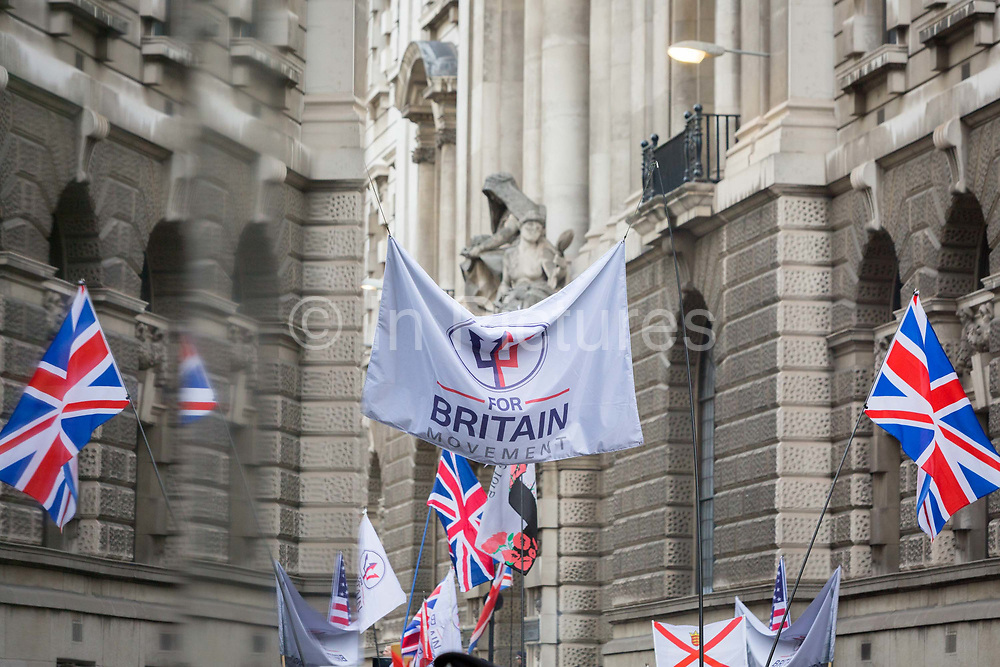