Protester Hannah Pierce arrested by police after being taken from the barricade. Protesters who barricaded themselves above the entrance to the Dale Farm travellers' site have been removed by police as bailiffs prepare to move in. Essex Police cleared the scaffolding structure so it could be dismantled and machinery driven in by bailiffs to evict the travellers. On Wednesday night Essex Police said that over the course of the day 23 people had been arrested. Clearance of Dale Farm prior to eviction. Riot police and bailiffs were present on 19th October 2011, as a scaffolding gantry was cleared of protesters so the site could be cleared. Dale Farm is part of a Romany Gypsy and Irish Traveller site on Oak Lane in Crays Hill, Essex, United Kingdom. Dale Farm housed over 1,000 people, the largest Traveller concentration in the UK. The whole of the site is owned by residents and is located within the Green Belt. It is in two parts: in one, residents constructed buildings with planning permission to do so; in the other, residents were refused planning permission due to the green belt policy, and built on the site anyway. 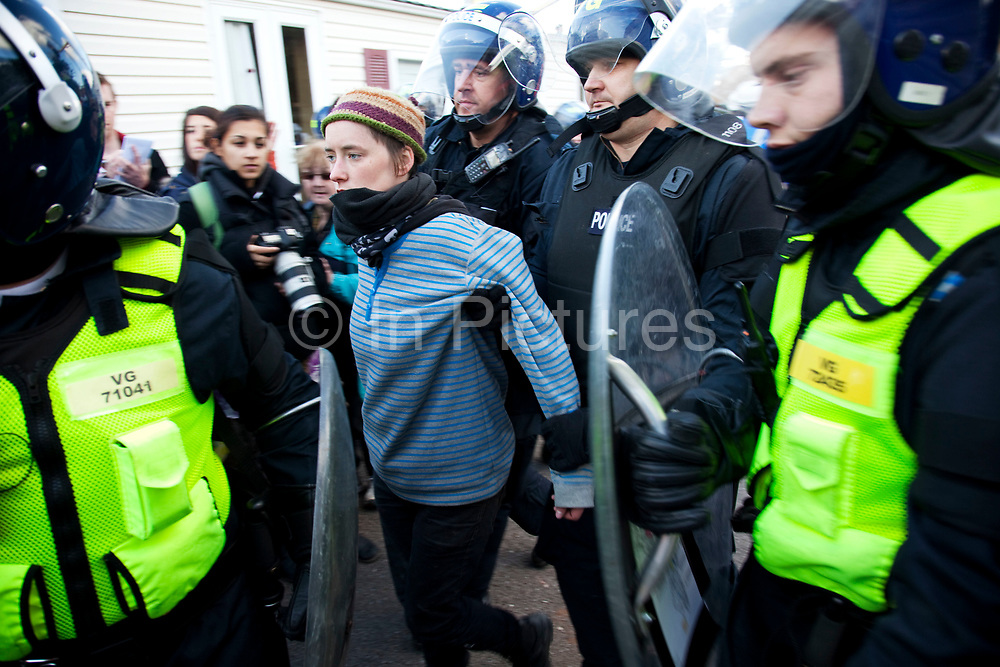