A VW camper van adorned with British union jack colours is parked on a campsite at Reedham on the Norfolk Broads. With late sun filling this field, setting to the east through a native tree, we see a tent belonging to a camper at the site in East Anglia. Painted in the colours British flag, a theme of patriotic feeling by people summing up a great, traditional British summer and their love of the countryside. The Volkswagen Type 2, known officially, depending on body type as the Transporter, Kombi and Microbus, and informally as the Bus (US) or Camper (UK), is a panel van introduced in 1950 by German automaker Volkswagen as its second car model – following and initially deriving from Volkswagen's first model, the Type 1 (Beetle), it was given the factory designation Type 2. 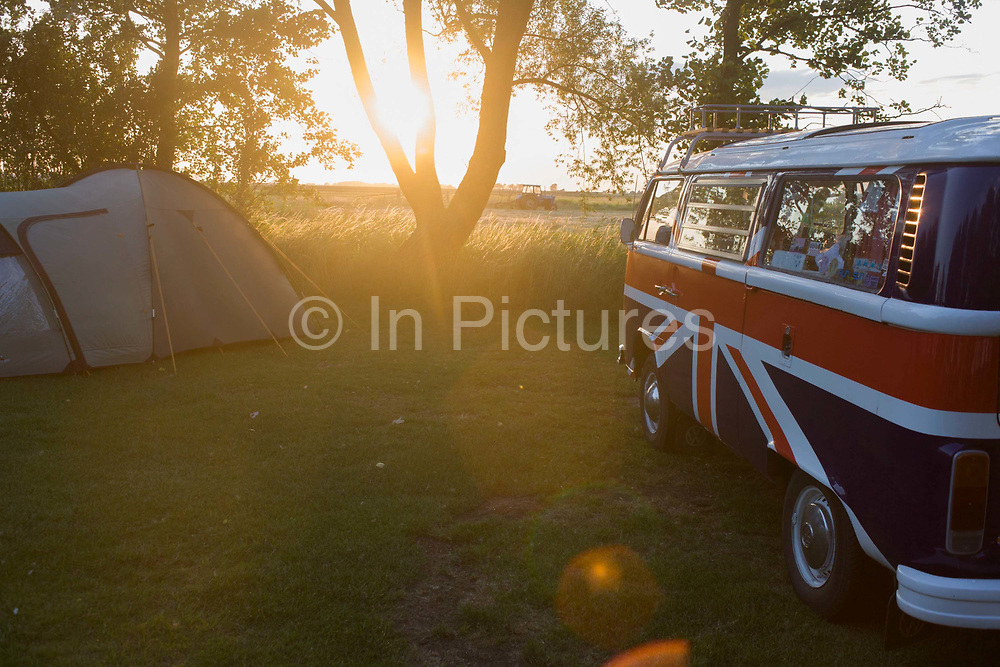