Members of Chinese exile community keep vigil and await more news outside their embassy a day after the Tiananmen Sq massacre. Catching up on the latest from home, the young Chinese activists read newspapers reporting of the massacre by the Chinese regime on protesting students in Beijing. The political crackdown that initiated on June 3–4 1989 became known as the Tiananmen Square Massacre as troops with assault rifles and tanks inflicted casualties on unarmed civilians trying to block the military’s advance towards Tiananmen Square in the heart of Beijing, which student demonstrators had occupied for seven weeks. 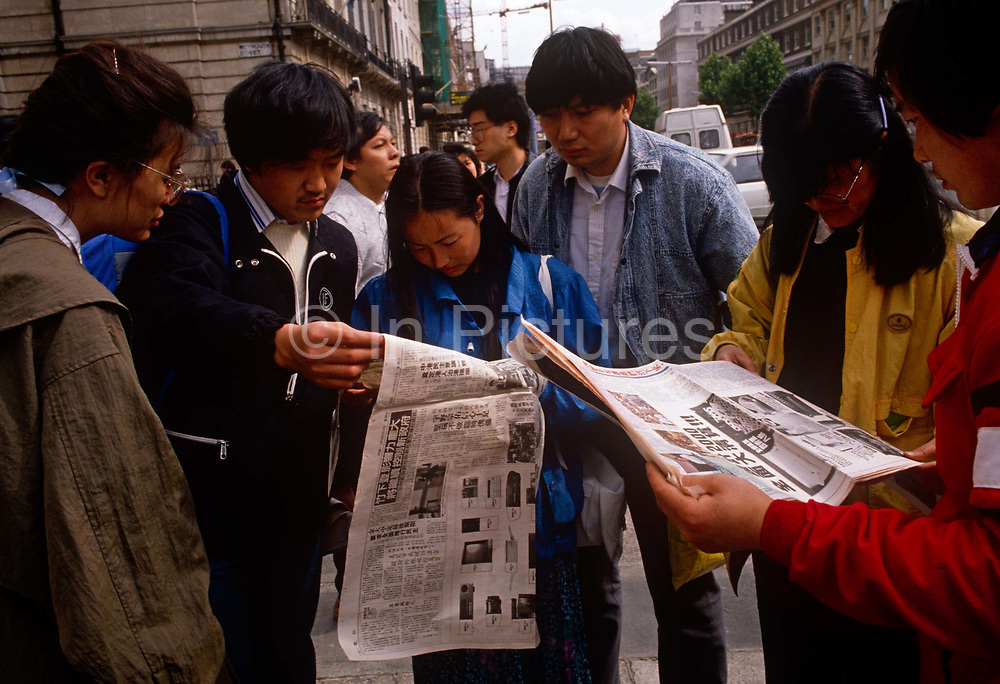