Outside the HQ of Shell , Waterloo, London, England UK. September 15th 2013. Aurora, the double-decker-bus-size polar bear puppet specially commissioned by Greenpeace to lead an Arctic-inspired street parade . The three-tonne marionette bear is operated from the inside by a team of 15 puppeteers, and hauled on ropes by 30 volunteers along a route from Victoria Gardens to Shell's HQ at Waterloo. The giant bear, which is made of replica and reclaimed ship parts as well as recycled materials, carries in her fur the names of over 3 and half million people who have joined the global movement to protect the Arctic from industrial exploitation. This parade was part of a global day of action to protect the Arctic with tens of thousands of people taking to the streets in over 70 cities worldwide. 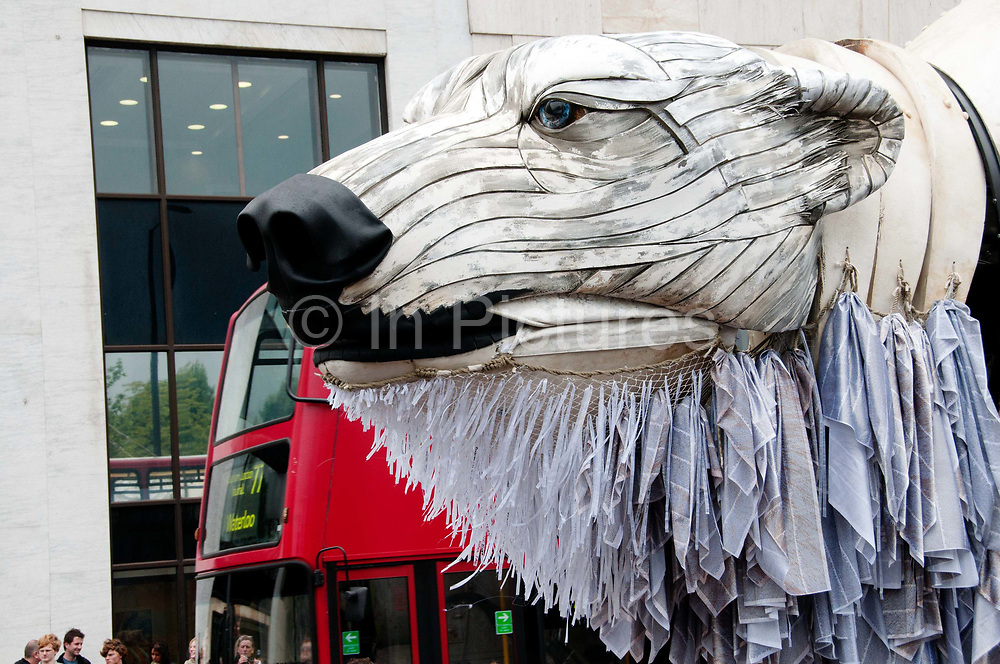