Two Hmong ethnic minority men smoke opium at home in Lao PDR. Opium addicts are usually adult males. By taking opium, they lose the energy to work hard which leaves heavy tasks to women and children which then impoverishes the entire household. As recently as 1998, Lao PDR was the third largest illicit opium poppy producer in the world. From 1998 to 2005, opium poppy cultivation in Lao PDR was reduced by 93 per cent. In more remote areas where cash crops are not viable, surveys from UNODC have shown that between 2008 and 2012 the area under opium poppy cultivation has more than tripled. Although in 2013 the area of poppy fields in the country has again fallen, the number of regular opium users was still estimated at between 14,000 to 15,000 in the 10 northern provinces. 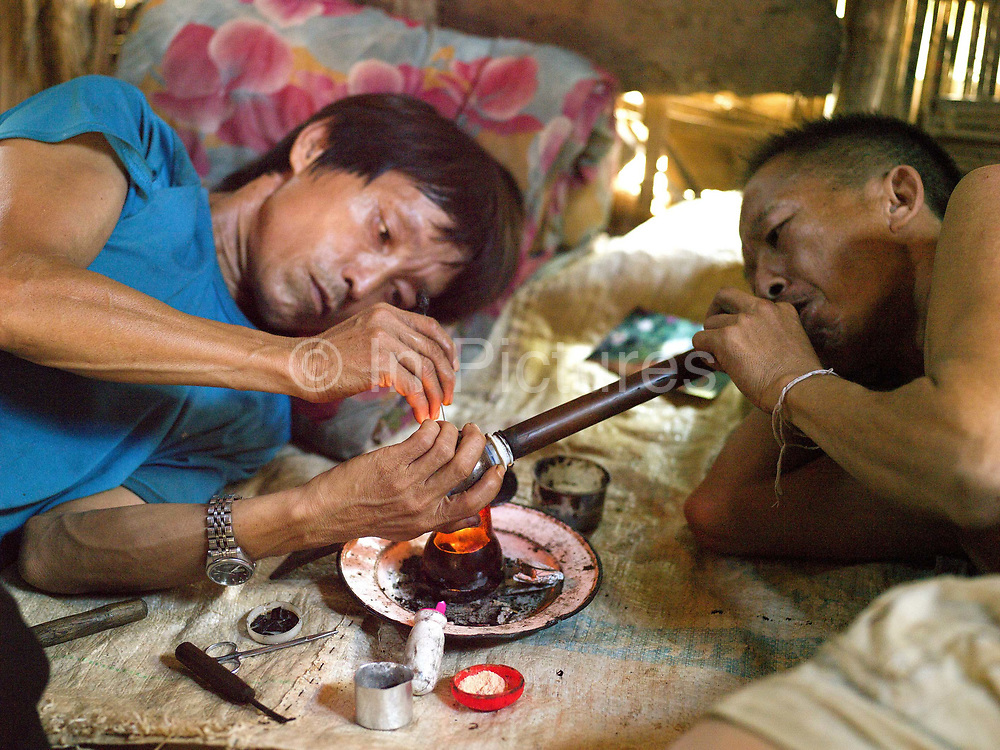