Man with a sticker on his face which reads 'Sound off for justice.org'. Pride London gay and lesbian parade through central London. Pride London (founded in 2004) aims to promote equality and diversity through all of its campaigns. The Pride London festival uses theatre, music, debate, art and entertainment to raise awareness of discrimination and the issues and difficulties affecting the lives of lesbian gay bisexual and transgender people around the world. The annual parade is an explosion of Pride in the heart of the capital, attracting over 1,000,000 people in a celebration of diversity. 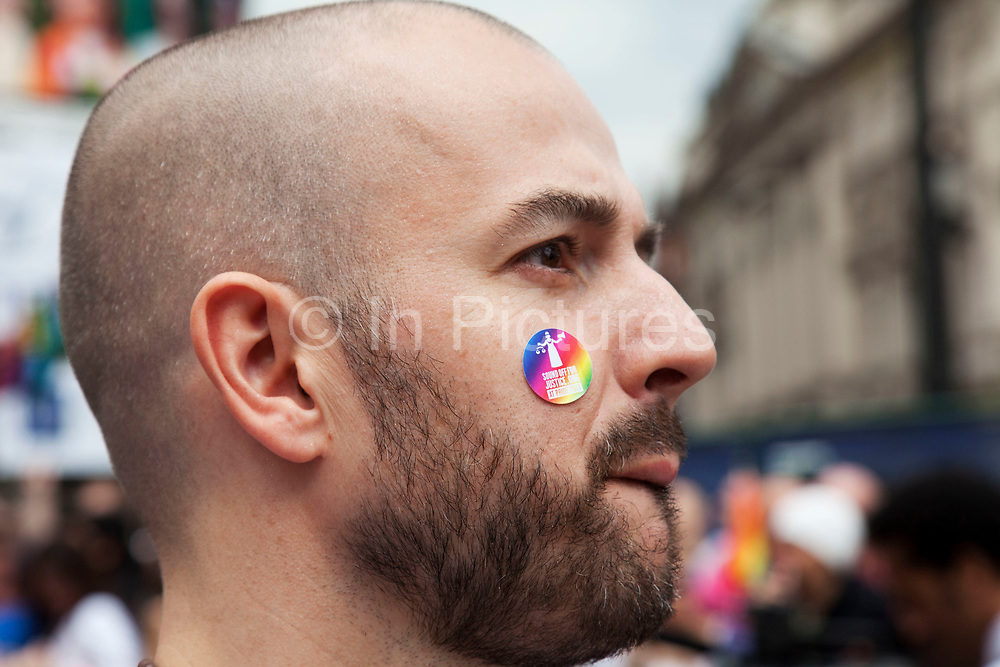