An exhibition panel in the Holocaust museum and memorial, showing only some of the 500 Nazi concentration and labour camps, ghettos and the sites of mass shootings across Europe and Africa during the second world war. At first, these concentrations camps were meant to hold political prisoners; however, by the beginning of World War II, these concentration camps had transformed and expanded in order to house vast numbers of non-political prisoners whom the Nazis exploited through forced labor. Many concentration camp prisoners died from the horrible living conditions or from being literally worked to death. It is estimated that the Nazis used these camps to kill an estimated 11 million people. 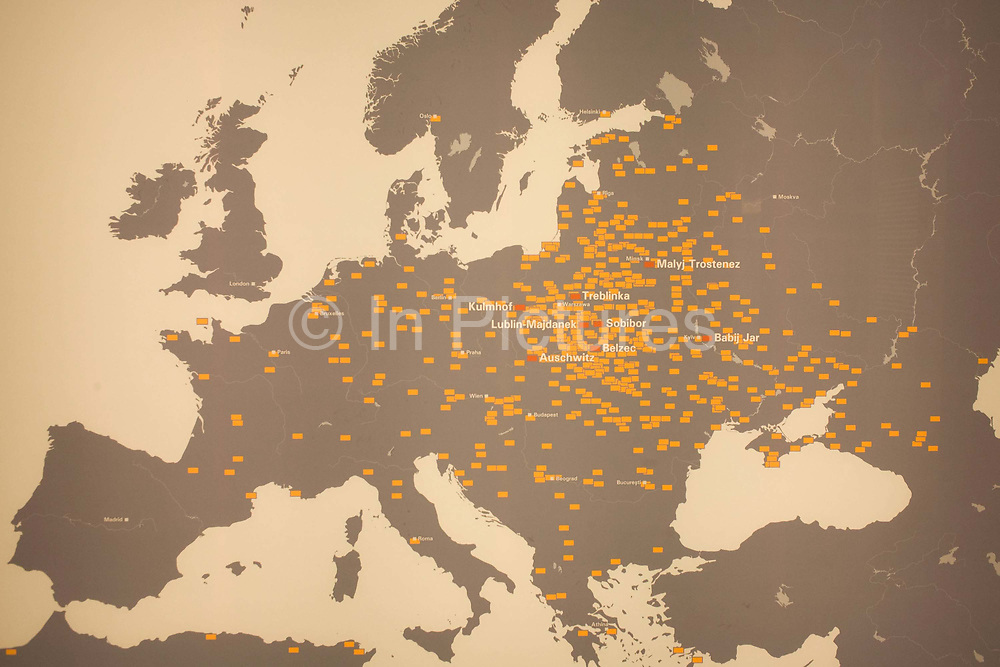