A Metropolitan Police officer hauls an Insulate Britain climate activist out of a slip road from the M25 at Junction 25 after it was blocked twice in a single morning as part of a campaign intended to push the UK government to make significant legislative change to start lowering emissions on 15th September 2021 in Enfield, United Kingdom. The activists, who wrote to Prime Minister Boris Johnson on 13th August, are demanding that the government immediately promises both to fully fund and ensure the insulation of all social housing in Britain by 2025 and to produce within four months a legally binding national plan to fully fund and ensure the full low-energy and low-carbon whole-house retrofit, with no externalised costs, of all homes in Britain by 2030 as part of a just transition to full decarbonisation of all parts of society and the economy. 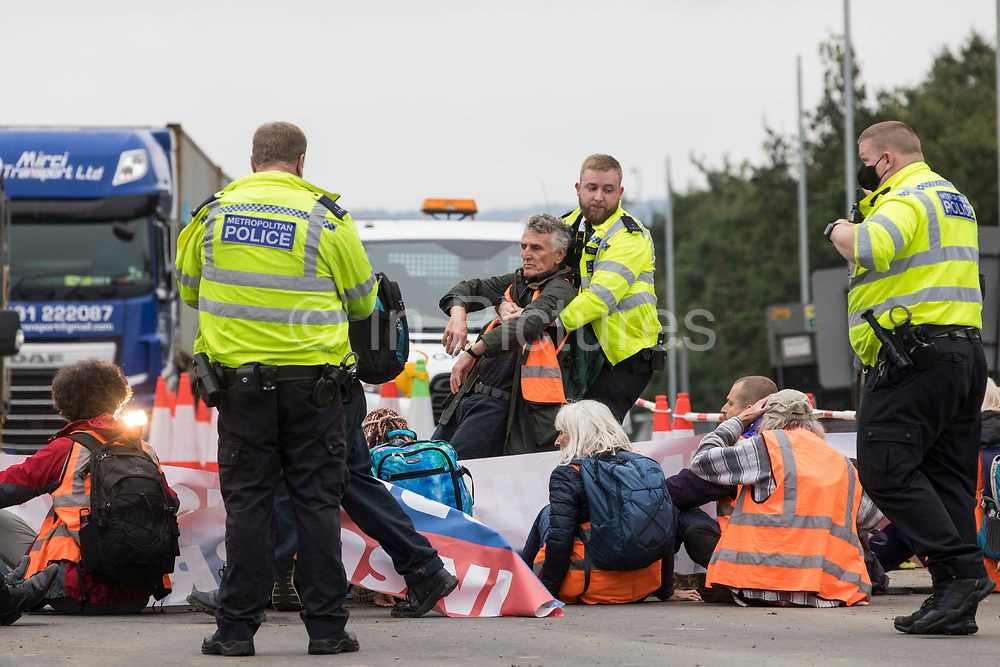